A group advocating for New Zealanders' rights in Australia says it is concerned the ruling Liberal Party will reject a bill that would allow New Zealanders to get student loans. 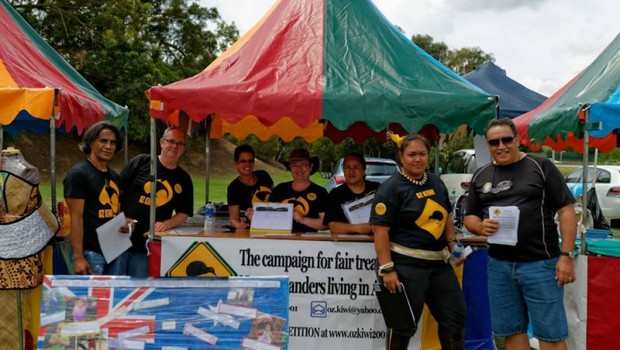 Oz Kiwi is a group advocating for the 200,000 or so New Zealanders living in Australia to get more rights. Photo: Supplied

The private bill from an opposition party is due to be read in the House next week.

The bill, in the name of the Labor Party senator Kim Carr, would allow the loans to be given to New Zealanders who moved across the Tasman as dependent minors, and have lived there for 10 years.

The group, Oz Kiwi, said the bill is due to be read for the second time next week and debated, and then hopefully voted on.

However, it says it's concerned the governing coalition will vote against it, even though it was originally part of legislation it put forward itself.

"They don't see a pathway and their families can't afford to send them to university.

"Ninety percent of students in Australia take out a student loan, so most New Zealanders would be in that category and once you find out you don't have a pathway things become a lot harder."

She said some students were able to start the first year but often took a gap year and then struggled to continue funding their university studies, and the pressure on families would be increased if there was more than one child.

Ms Cox said the issue was particularly bad for Maori and Pacific Islanders living in Australia.

"They tend to come from more disadvantaged families, there are large pockets in Logan in south east Queensland that have a high percentage of Pacific Island New Zealanders living there and low socio-economic areas and so they have large groups of students adversely affected, and having a pathway to do tertiary study ... would be a massive help to students."

Ms Cox said the Liberal Party and the previous Labor government had both committed to honouring this agreement to allow New Zealand students residing in Australia to access student loans.

She said said she hoped Prime Minister John Key would reiterate to Australia's new Prime Minister Malcolm Turnbull, who will visit New Zealand this week, conversations that he has had with Mr Turnbull's predecessors on the matter.