The family of 10-year-old Levin boy Alex Fisher has for the first time made a statement about his death. 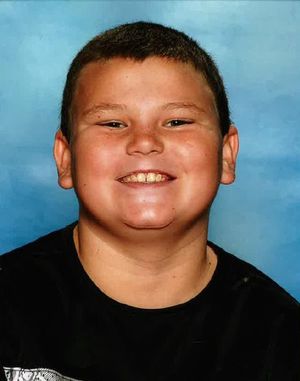 A massive search ended yesterday afternoon when his body was discovered in the dunes in Waitarere.

Speaking on behalf of his parents, Mike and Sandra, and the family, Horowhenua District Mayor Brendan Duffy said they were devastated by the loss of their beloved son.

I have been asked to make a statement on behalf of Alex Fisher's parents, Mike and Sandra and Fisher Family.

On behalf of the Fisher family, as you can imagine, we are devastated by the sudden loss of a beloved son, brother, Grandson, uncle, nephew, cousin, a class mate and friend to many, fellow scout and the wider community.

We have been overwhelmed by the huge outpouring of support from the Police, Search and Rescue, Armed Forces, Waitarere Beach & Horowhenua community and the many volunteers. We have also appreciated everyone who has donated food, money, time and prayers. It is really appreciated and has shown the family how terrific our local community and country as a whole really is.

The family have especially asked me to emphasise their enormous gratitude for the community support.

The Fisher family have a long association with Waitarere Beach, Alex's Grandmother lived there for over 27 years. The family have had many lovely and memorable occasions at the Beach.

Alex's family are gathering from as far away as Australia to come together to honour Alex.

This is the only statement the family will be making and now ask the media to respect what they are going through and to please leave the family and their community to grieve for a beautiful young man.

Police getting 'good picture' of events

Police are treating Alex Fisher's death as a homicide and a post-mortem on his body will be carried out today, as the police build a picture of the events leading up to his death. 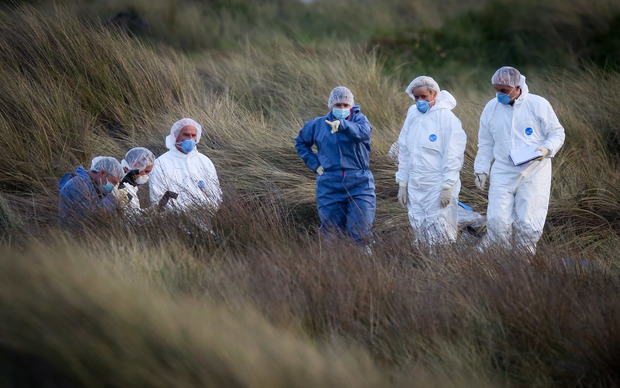 His body was found on the dunes of Waitarere Beach yesterday afternoon, after an extensive search of the area near Levin.

About 20 police staff are working on the homicide investigation.

The police said Alex Fisher's body was removed from where it was found last night. Some items of interest were also taken, but they would not confirm what those items were.

The scene examination will continue into the weekend.

Detective Senior Sergeant Neil Forlong said while it was a homicide inquiry, they were keeping an open mind about exactly what occurred.

"We are, however, building a good picture of the events which led to the boy's death and it is important for the community in Waitarere to know that we do not believe there is any wider risk involved," he said.

Mr Forlong said he was aware there was speculation and rumour regarding the boy's death, but the police were working to establish the facts.

"We still want to hear from anyone who saw Alex Fisher or his brother Eric ...we also still need members of the community in Waitarere to let us know about anything suspicious or unusual on their properties."

Trauma specialists from the Ministry of Education have already started working with Alex Fisher's school.

A traumatic incident team was at the school yesterday, and met with all staff today to ensure they felt confident to support children when they returned to school on Monday for the new term.

Head of sector enablement and support at the ministry, Katrina Casey, said whenever schools experienced a distressing incident support was offered.

"The team talk to staff, the principal and board members. They brief staff on how students may respond to this difficult event and how to get access to additional specialist psychological support if it's needed for any individual students or staff members. That support is there for as long as a school needs it."

The team's role is to help the school return to its normal day to day routines.

The ministry said additional support such as relief staff were available if the school requested it.

The principal of Ohau School, which Alex attended, said they had lost a lovely member of the family.

Kathy Trevena-Brown said he was a polite, well mannered boy, and a delightful student, who found some aspects of school life challenging but was up for it.

Ms Trevena-Brown said the school will now focus on how it can support his parents during this heartbreaking time, and involve the children in farewelling their friend and class mate.

She said she will meet with the family later today.

"It's a scar in our community that we don't need. And for the moment I think it's a bit of reflection time." 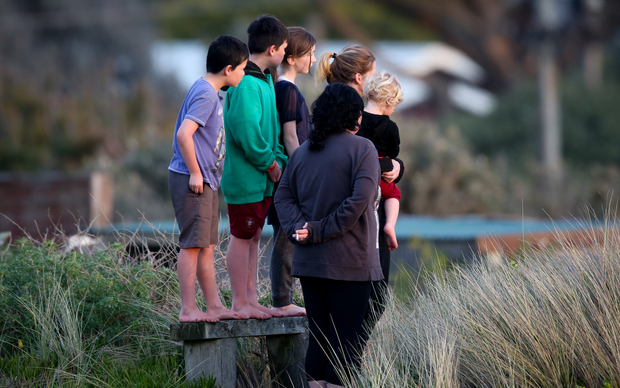 He said it was really tough on the family, and difficult for the rest of the community, who had had strong hopes Alex would be found alive.

Resident Francis Mcdonald said the whole community had been trying to find a way to help.

"If it can't be searching it's been taking food and doing things like that to help everybody ...I think it'll take us a while to recover from it."

Alex was a member of the St Mary's Scout Group, which described him as a typical 10 year old who loved giving everything a go.

Police were alerted at about 4am on Tuesday to his disappearance in the Waitarere Forest area. He was last seen shortly after 6pm the previous night.

A large search effort involving 113 people - including police from around the lower North Island and Air Force personnel - used helicopters and tracker dogs to scour hundreds of hectares of dense bush.

The body was spotted from a helicopter in the beach area of the small community about 1pm yesterday and was reached by ground teams a short time later. 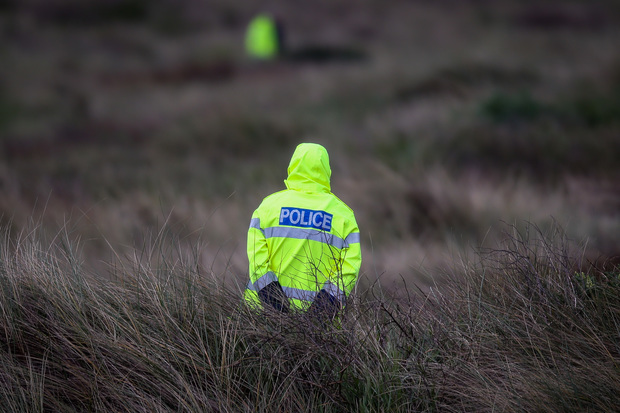 Police officers outside the cordon yesterday. A police guard has been at the scene overnight. Photo: RNZ / Alexander Robertson