University student associations say students are worse off than ever, with rising demand for foodbanks and financial support. 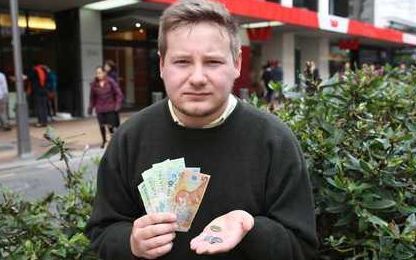 At a meeting of the Union of Students Associations in Wellington today, student leaders said big rent rises are a major reason for the worsening situation.

Union president Rory McCourt said the union's surveys had been showing a rise in student hardship in recent years and rents were a serious problem.

"The housing crisis is certainly not helping and that's the largest driver of the cost of living issues that students are facing in Auckland, Christchurch and Wellington, predominantly.

"But even in Dunedin, what used to be a third of a student's income going on rent is now heading up towards 70 percent so there's less money at the end of the week for things like power, food..."

Massey University Students' Association said for the first time students in Palmerston North have used up the association's $20,000 hardship fund before the year is out.

Other associations said they had noticed greater demand for assistance and there were more students in serious need of help. The union said students with children were facing particular difficulty.

It also said students were taking on too much debt and it was time consider full financial support for them.

Mr McCourt said students were relying not just on student loans, but also credit cards and loan sharks to get by.