When the Chris Cairns' perjury trial starts in London tonight, cricket's highest ranking officials down to fans in the sports most far flung reaches will hang on every word of evidence as it unravels. 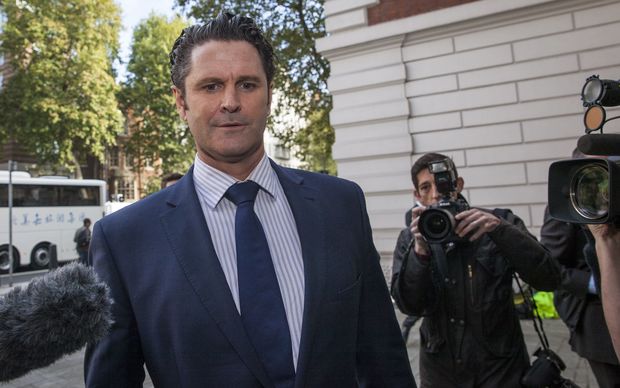 Custodians of the game know the trial of the former Black Caps allrounder has the potential to be explosive.

Careers, reputations, and credibility are on the line.

Cairns objected to a 2010 tweet from Mr Modi that alleged that he was involved in match-fixing during the 2008 season of the Indian Cricket League (ICL), while captain of the Chandigarh Lions. Cairns has always vehemently denied the allegations.

Now Cairns is accused of lying during that trial when he made a statement that he had never cheated at cricket nor would he ever contemplate it.

In December 2013 Cairns, along with two fellow former Black Caps Lou Vincent and Daryl Tuffey, was named in international media reports as being subject to an International Cricket Council (ICC) investigation over allegations of match-fixing.

Cairns was later interviewed by the ICC's anti-corruption and security unit, the ACSU.

Tuffey has repeatedly denied any involvement in match-fixing. Vincent has since confessed to several counts of fixing and is expected to be called as a witness during the perjury trial.

New Zealand Cricket chief executive David White will appear as a witness, as will Black Caps captain Brendon McCullum. A number of other high-profile former players are also expected to give evidence.

Until now McCullum and Vincent have had to be restrained in what they say.

What unfolds over the course of the next few weeks could have huge implications on the sport.

It will be closely monitored by the ICC, which has so far not charged anyone in relation to the evidence provided by disgraced former Black Cap Lou Vincent.

An ICC spokesman would not confirm whether any ACSU investigators had been called as witnesses but said its anti-corruption and security unit had fully cooperated with the Metropolitan Police.

Cairns' co-defendant Andrew Fitch-Holland is on trial charged with perverting the course of justice in relation to the libel case. The London-based barrister gave evidence on Cairns' behalf at the 2012 trial.

If Cairns is acquitted, it is likely Modi's legal team will pursue a civil claim, because the burden of proof in civil cases generally has a lower threshold than in criminal.

Modi filed a civil claim of fraud in November last year to have the 2012 judgement set aside. He is seeking to recover damages and legal costs.

The trial at London's Crown Court in Southwark is set to run for four weeks. It could be another week before evidence is given, with jurors to be sworn in over the course of the first two days before legal arguments and opening remarks.