A leading official on Christmas Island says he is appalled by the use of the Island's detention centre to hold New Zealanders. 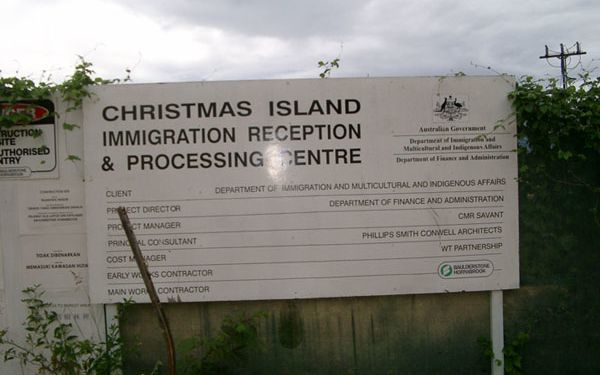 A sign at the detention centre on Christmas Island Photo: Supplied

Gordon Thomson is the shire president and a trade union representative on Christmas Island, where many New Zealanders have arrived, pending deportation from Australia.

He said many people on the island welcomed the arrival of detainees because they brought more business and increased job security for prison staff.

But Mr Thomson said he always opposed the use of a detention centre for refugees and was unhappy about its use for New Zealanders as well.

"This appalls me that the government is using the Immigration Act to further punish people - many of them have grown up since childhood in Australia. So if you do a year or more in prison, if you're not an Australian citizen, the default position of the federal government is that you will be deported."

'They just smashed him'

Meanwhile, another New Zealander detained in Australia says all Kiwis held at a detention centre in Perth were being moved to Christmas Island as they were deemed to be high security risks.

Peina Clarke was moved to Perth from Adelaide, pending deportation, after serving time for assault and then domestic violence.

He has lived in Australia for 18 years.

He said the New Zealanders being sent to Christmas Island had few opportunities to do anything about it.

"We've got no choice, we can't say no, they've got guards here with face masks and shields and everything. It happened a couple of weeks ago with one of my mates and they just rushed him inside his room, he didn't even have time to defend himself and he came out all bloody because they just smashed him before they took him."

Mr Clarke said the guards did not even tell the man that he was going to Christmas Island.