The Crown says Kim Dotcom's Megaupload website let users upload pirated videos and paid them for their efforts, despite receiving thousands of "take down" notices from copyright holders. 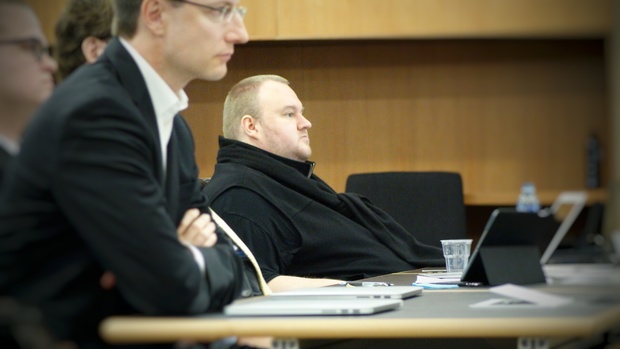 The court hearing in Auckland to decide whether the extradition should take place is now in its second week.

Crown lawyer Christine Gordon, who is representing the United States, read out in court communications between Megaupload and several of those users, who have been given pseudonyms by the FBI.

Ms Gordon gave examples of users who continuously uploaded copyrighted material to the site but were tolerated and even encouraged by Megaupload to do so.

She said one user, referred to as 'TH', was paid US$50,000 over several years in rewards for the amount of web traffic his files brought to Megaupload, Ms Gordon said.

Despite that, the website did not suspend his account and continued to pay him cash rewards, marvelling at the amount of revenue he was bringing to the site, via users who paid a small subscription fee to watch unlimited numbers of files. 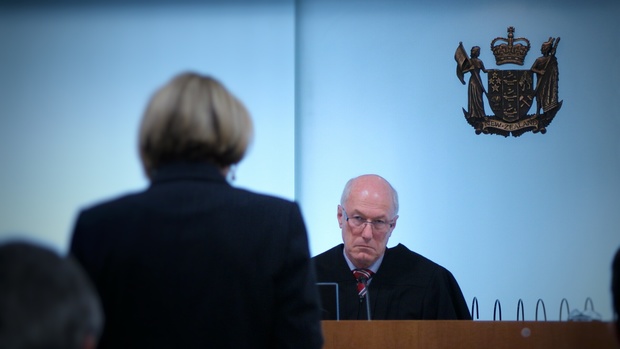 Judge Nevin Dawson hears a submission from Christine Gordon, who is acting for the Crown on behalf of the US. Photo: RNZ / Kim Baker Wilson

In March 2007, Mr Ortmann wrote to Mr Dotcom: "So far TH has provided us 18 million download pageviews [and] US$112,257 premium sales to users who have downloaded at least 15 of his files."

In 2008, Mr Ortmann and Mr van der Kolk discussed whether to keep paying rewards to users who uploaded pirated files.

"Growth is mainly based on infringement anyway," Mr van der Kolk said in a Skype message.

"What if we modulate our tolerance according to sales triggered?" Mr Ortmann suggested.

Mr Dotcom's lawyer Ron Mansfield objected to the American authorities' refusal to name users of his now-defunct website who have provided evidence against him.

Mr Mansfield said he cannot respond to allegations that have come from un-named people.