Champion New Zealand racehorse sire Zabeel has died, with his owner saying he has lost more than just a horse. 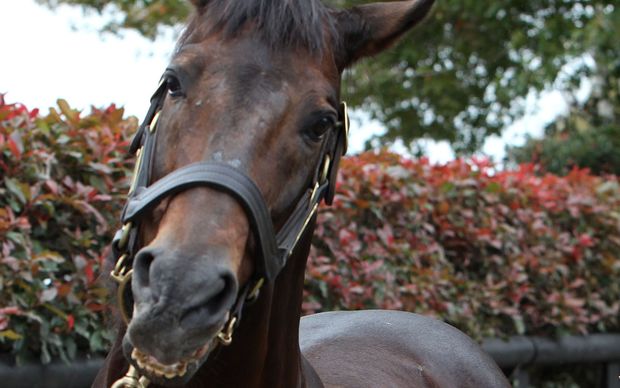 The stallion was found dead early this morning, in the paddock he has occupied at Cambridge Stud in Waikato since 1991.

"It's a bit of a sad day when you lose a good friend like that," Sir Patrick Hogan said.

"He hadn't suffered at all. I think 29 years old, that is real old for a thoroughbred stallion, so in human terms I guess you'd rate that in the 90s.

"I think he'd just lay down to have a rest and his heart stopped. Sure, at 6 o'clock this morning, it was real tough to find he'd passed on."

Zabeel won seven races, including the Moonee Valley Stakes in 1989 and the Australian Guineas, the Alister Clark Stakes, and the Craiglee Stakes in 1990

But, while he was a winning horse, it is the horses he sired that are considered his greatest achievement: four individual Cox Plate winners as well as three Melbourne Cup winners - Might and Power, Jezabeel and Efficient.

"It's unlikely that that will ever happen again with another stallion," Sir Patrick said.

"It certainly hasn't happened before Zabeel... The great legacy he's left is the contribution he's given to not only Australasian but also the worldwide breeding industry, and he's just been a horse that's left progeny that have given so many people lots and lots and lots of thrills at the highest level."

Sir Patrick said Zabeel had been buried alongside his sire Sir Tristram, with his tail facing the sunrise and his head facing the sunset.

He said his horse's legacy would continue.

"He's still got many, many more progeny to race on the racetrack, so he's going to further enhance the good contribution he's given. He's still got two-year-olds, three-year-olds, four-years-olds, plus, to race throughout the world, which is great.

"For some nearly 26 years, I've had a very close affinity with this horse. And even though you might have an affinity with all animals that you're working with, when one is as great as Zabeel has proved to be, that affinity is even stronger.

"You're part of him and he's part of us and then, when you wake up in the morning and go to his paddock and find him dead, that affinity's not broken, but he's moved on and he's not there anymore.

"So that's the big shock you get - that that's no longer going to continue, it's just suddenly come to an end. That's what makes it somewhat hard to take and somewhat sad.

"But he's done his job, he's lived to an old age, and he deserves to be where he is today - so I'm happy for him."