Kim Dotcom warned a colleague a judge would one day find out how "evil" they were, the High Court in Auckland has been told.

The hearing to decide whether Kim Dotcom and three other men - Finn Batato, Bram van der Kolk and Mathias Ortmann - should be extradited to the US is finally under way in Auckland, after nearly four years of delays.

The Crown is arguing the men's website, Megaupload, was a simple scheme of fraud.

Crown lawyer Christine Gordon read out a Skype message Mr Dotcom sent to Mr Ortmann in 2010, saying one day a judge would find out they were evil and then they would be in trouble.

"On or about August 16 2010 via Skype, Dotcom told Ortmann in German ... 'at some point a judge will be convinced about how evil we are and then we're in trouble. We have to make ourselves invulnerable'," Ms Gordon said.

The men were well aware of how their site was being used, and made and spent millions of dollars knowing it had been gained unlawfully.

Ms Gordon said while the case seemed novel because it involved the internet, it was a simple scheme of fraud.

"The respondents were part of a conspiracy [where] they deliberately attracted copyright-infringing material to their websites, and deliberately preserved it, deliberately took steps to profit from that material, and made vast sums of money which they then put to purpose knowing that money had been unlawfully acquired." 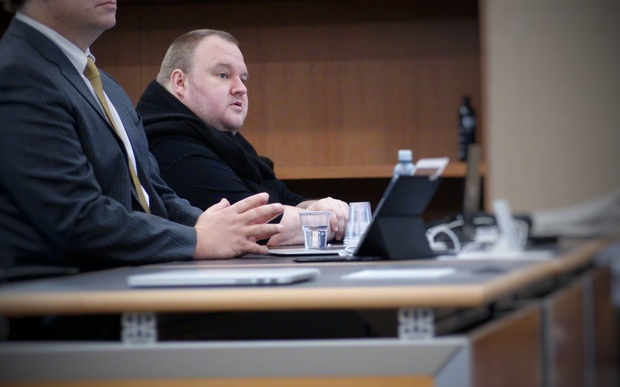 The front pages of the websites - which operated as online file storage lockers - looked innocent, she said.

Users could not search for specific files on the sites, but third-party sites kept searchable indexes, which pointed users to specific URLs for the file they were looking for.

More than 90 percent of the content hosted on the Megaupload websites infringed copyright, Ms Gordon said.

Megaupload paid small cash rewards to users who uploaded files that attracted lots of traffic - and these tended to be copyright-infringing files, she said.

"They knew that they paid rewards for specific copyright-infringing material ... [and] in some cases they communicated with the rewards claimants and helped and encouraged their activities by giving them special privileges." 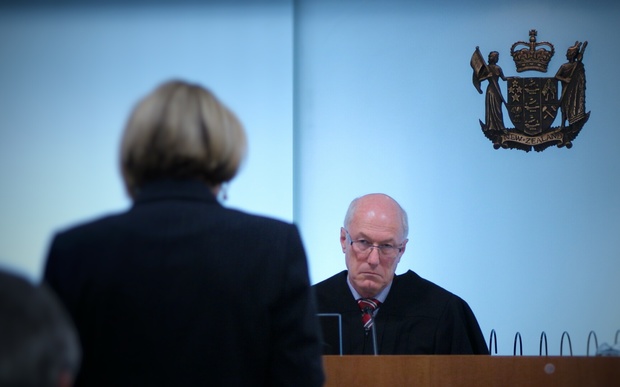 She described Skype and email messages between the men that she said showed they knew how their site was being used.

That included admissions that they were "not 100 percent legit" and "not the dumb pipe we claim to be".

In a Skype message to Mr Ortmann in August 2010, Mr Dotcom said, "At some point a judge will be convinced about how evil we are and then we'll be in trouble."

He also warned Mr Ortmann not to keep a log of their Skype chats: "Too much s*** in there."

Megaupload made about $US25 million from advertising, due to the vast amounts of traffic it attracted, she said.

The business made another estimated $US150 million from premium subscription fees, which allowed users to watch videos without any time limits. 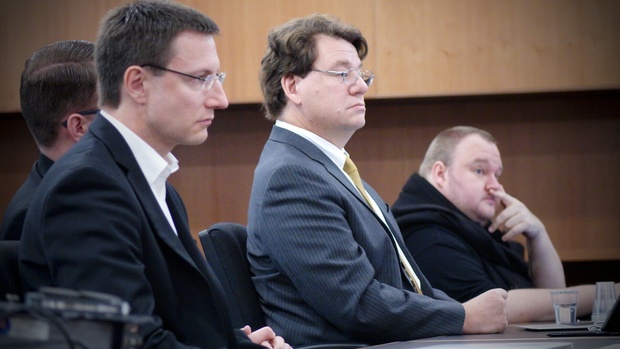 The men had likened themselves to a shipping service and claimed it was not their responsibility if people were turning the website to illegal purposes, Ms Gordon said.

They had tried to draw an analogy with a postal service, saying the service should not be held responsible if some of its users were posting drugs.

But no post office would stay in business if it was knowingly receiving and shipping drugs, knowingly making money off those packets of drugs, and creating incentives for people who used the service to ship drugs, Ms Gordon said.

Earlier this week, North Shore District Court judge Nevin Dawson turned down the four men's request for the court to hear their application for a stay in proceedings.

He ruled the applications were best heard in the context of the main extradition hearing.