Tough new visa rules in Australia mean anyone who is not an Australian citizen who has served more than a year in prison in their lifetime is liable for deportation.

The latest figures show 166 New Zealanders are being detained and face deportation, which places this country third behind Iran and Sri Lanka but ahead of countries such as Afghanistan and Iraq.

New Zealanders did not feature in the top 10 source countries for detainees until six months ago - after the new rules were introduced.

OZ Kiwi spokeswoman Joanne Cox said one New Zealander, Angela Russell, who had served short periods in jail for driving offences and theft, would be separated from her two children and mother if she was sent to live in New Zealand.

"She's probably served as long in the detention centre as she would have for the jail sentence she's recently completed," she said.

"For people in her situation, it's really a double jeopardy. They've served their time. They've been convicted, served their time, and now they get deported from Australia - something that would not have entered their heads because the legislation only changed at the end of last year.

"This is really quite harsh on people like Angela - she's lived here 37 of her 40 years." 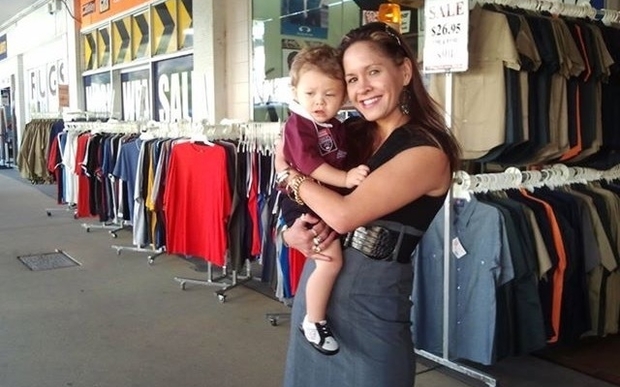 She said there were currently no support services in New Zealand for those who had been deported, but that may need to change.

Justice Minister Amy Adams said last week that Australia had got its hardline immigration policy wrong, and the New Zealand government would challenge it.

In the other direction, figures obtained by Radio New Zealand show only two people were deported to Australia from New Zealand in the last year.

Angela Russell's lawyer, Lyma Nguyen, said her client's case had not even been allocated to an officer for assessment, after almost six months in Wickham Point Centre in Darwin.

Ms Nguyen said another New Zealander was among a group forcibly removed to a different detention centre on Christmas Island in a raid at 4am on Saturday.

She said excessive force was used in the raid, which was used to take away a group of asylum seekers and the New Zealander.

"Twenty or 30 border force armoured officers with shields and helmets, who effectively forcibly took 12 or so detainees from their rooms, zip-tied their hands and marched them in readiness to be taken to Christmas Island."

Ms Nguyen said Ms Russell had made a complaint of sexual harassment while at the detention centre and an officer had lost his job as a result.

She said Ms Russell was concerned for her two children, including a 16-year-old daughter living by herself in Queensland.