The lawyer for the Kiribati man who has lost his bid to be declared a climate change refugee says he and his family are terrified of returning home.

Ioane Teitiota has been fighting against deportation since 2011 but is due to be deported tomorrow. His wife and three children will follow a week later. 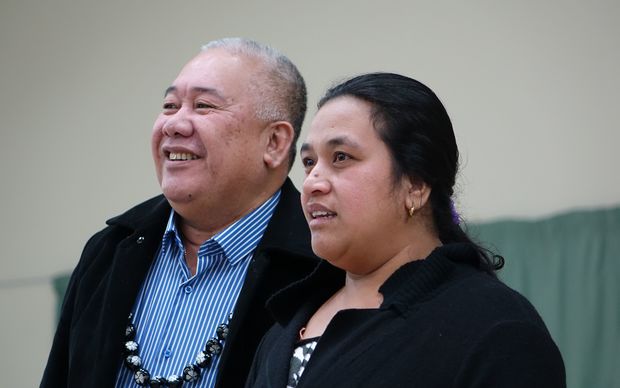 He said there was a community meeting last night attended by 500 and the focus of concern was on the three children.

"Who are going back to king tides that wash through the whole place and water that's polluted by both sea water and human faeces."

Mr Kidd said Kiribati had no social welfare system and parents had to pay for schools.

And late today associate Minister for Immigration, Craig Foss rejected a request from Labour MP, Phil Twyford, to intervene in the case.

Mr Foss said he had received a briefing from Immigration New Zealand before deciding not to intervene.

Prime Minister John Key earlier rejected the family's bid to stay in New Zealand saying as far as the government was concerned Mr Teitiota was an overstayer.

Mr Teitiota is expected be flown out of New Zealand tomorrow. 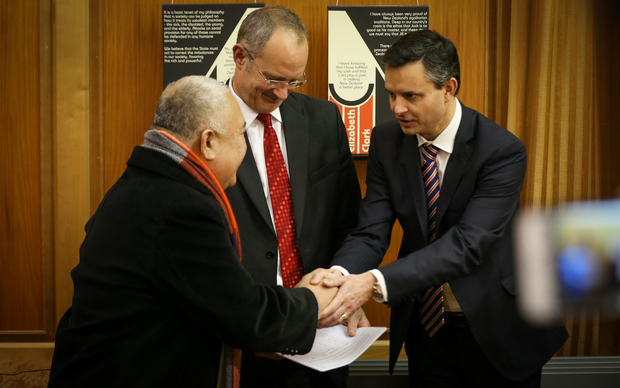 But Mr Key said Mr Teitiota did not have a case for refuge.

"In my eyes, he's not a refugee, he's an overstayer.

"In the end, what I've always said about climate change when it comes to our low-lying Pacific neighbours is that, as New Zealanders they're very compassionate people and if in decades a real issue presents itself, New Zealand would take that compassionate view.

"But somebody that's overstayed in New Zealand - I don't think could credibly put up a case to say that."

Mr Key said he recognised the man's situation, as having a family and a job in New Zealand.

"But the only problem is we have a set of rules that say, you have to stick to those rules otherwise basically the wheels fall off because everyone goes around the system but I don't think in terms of claiming that he's a refugee based on climate change that's a credible argument.

Labour leader Andrew Little declined to comment on the specific case, but said it is an issue that New Zealand will eventually have to face.

"I think we have to accept the reality that many Pacific Island states will be at risk because of rising sea levels because of climate change.

'They are our nearest neigbours, we have to be available to do something to assist them. To what extent we, you know how many thousands more we can accept here and over what period of time, I just haven't seen any work done on it, certainly haven't done it ourselves.

"But we need to accept that that is a reality and be prepared to do our bit."

While presenting the petition at Parliament, the Reverend said climate change was a "real issue" and not a laughing matter. 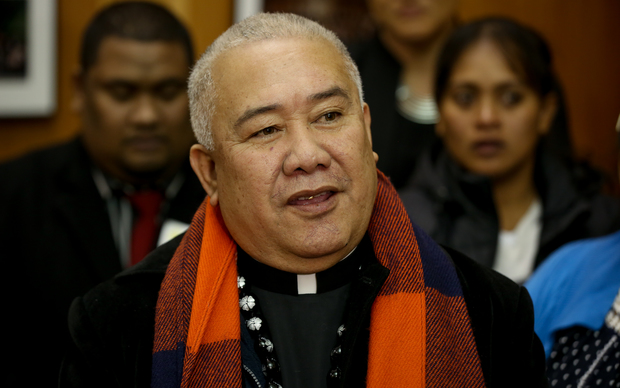 "We are here to present this to the Parliament and also ask the Prime Minister and the Government of New Zealand to be more compassionate with us...

"We want New Zealand to do more and be more proactive...especially in helping this family to stay in New Zealand," he said.

He said Mr Teitiota and his family could not live safely in Kiribati.

"He has the power to decide to let the family to stay here and I have asked him to do that on humanitarian grounds.

"I believe it would be the right and compassionate thing to allow them to stay in New Zealand."

'These people are part of our community'

About 70 people attended a public meeting in West Auckland last night in support of Mr Teitiota.

One of the people at last night's meeting, John Corcoran, had been a key witness in legal proceedings.

Mr Corcoran said the family's outlook was grim, with many Kiribati families already struggling to survive on the island. 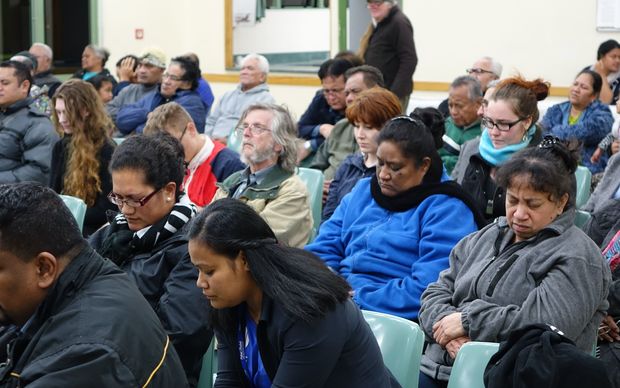 "The children will miss the food they're used to in New Zealand, like fruit ... the only food back home is rice, flour, fish, and hardly any fruit," he said.

He said there was little hope they could grow any crops of their own, and even access to clean water was fading.

"Well, in most places it's quite hard to grow crops, especially in the coastal areas, and the well water, especially the wells close to the lagoon, during the high tide, the water goes inside, and it will taste like sea water," he said.

Fala Haulangi, who organised last night's event, said the community was not going to stop fighting.

"At the end of the day, these people are very much part of our community, day in and day out, and they're going to be deported back home back to Kiribati or Tuvalu, when they have been part of a community."

"They are well settled here, they're not on a benefit or anything, they work hard and they look after their kids - their mother says 'my priority is a better future for my children, this is their home, they are born in New Zealand, the only home they know is New Zealand, not Kiribati'," she said.

Labour MP for Kelston, Carmel Sepuloni, said it was not uncommon in her electorate to have generations of overstayers from Kiribati and Tuvalu.

"Three generations of people here unlawfully, living in fear, two of those generations who've never known Tuvalu really...so to constantly have that cloud above them, with fear they could one day be found or made to go back is a horrible climate to be living in," she said.

Ms Sepuloni said the government needed to step up.

"New Zealand and Australia really need to take responsibility for that...these two countries especially are facing climate change issues that are going to mean they will legitimately be the first climate change refugees, and they're our neighbours," she said.