Family members of victims who have been killed by mentally ill people are demanding a say over whether the person should be released from psychiatric care.

They want a system similar to parole hearings for convicted killers and say at the moment they have no voice. 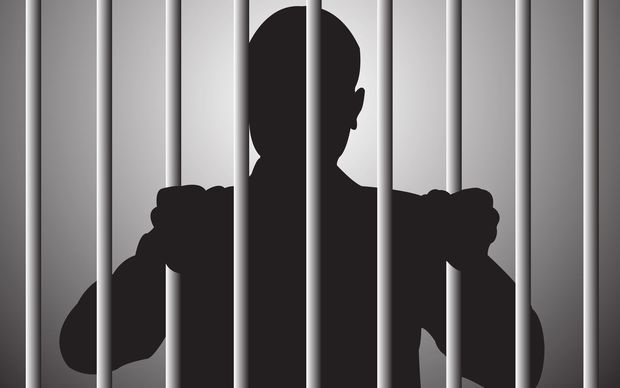 Killers who have been found guilty by reason of insanity are being released back into the community without their victim's knowledge. Photo: 123RF

Graeme Moyle's brother Colin was killed in 2007 by Matthew Ahlquist, who was found not guilty by reason of insanity.

His brother was attacked and bludgeoned to death with a spade and set alight.

Ahlquist was detained as a mental patient at the Mason Clinic in Auckland.

Mr Moyle said under the Mental Health Act, victims were given one month's notice of a person's release.

He has no idea where his brother's killer is now.

"My brothers killer was...I can't say convicted because he wasn't convicted but a verdict was reached in 2008.

"I got a letter in 2010 saying that he was granted unescorted leave, but they wouldn't tell me when that leave was to take place and it would be up to the discretion of his clinicians, so once I got the letter, that was the end of it," he said.

Overzealous use of the Privacy Act kept victims in the dark, Mr Moyle said.

A woman who survived an attack, and who asked not be named, said her attacker told her he would "kill her and get off on psychiatric defence."

The woman, a mental health worker, was attacked on New Year's Eve in 2009 while picking the man up from respite care.

"He welcomed me in the door and then a full-on attack happened. He started by just beating me around the face, he dragged me around by my feet and by my hair.

"I didn't realise I'd been stabbed, but I was stabbed in the face, in my neck and in the back. He also threw a jug of boiling water over me," she said.

She will never forget what he told her, she said.

"So, he was a mental health user and that doesn't mean he doesn't know what he did and that it was wrong.

Dean Newman's father Kevan was attacked with a knife and killed by Martin Lyall in 2005.

Lyall was charged with murder but never went to trial as he was deemed unfit to enter a plea. He was also held at the Mason Clinic.

Mr Newman's father said he asked the Waitemata District Health Board how they monitored Mr Lyall and whether he was free to travel, but was told they wouldn't tell him anything because of the Privacy Act.

Another one of Lyall's victims, Bob Norcross, came face to face with his attacker in a supermarket in May.

Lyall had stabbed him during the same attack ten years ago in which he killed Kevan Newman.

Psychiatrist Justin Barry-Walsh assesses mental health patients who have committed crimes such as murder, before they're released back into the community.

He said the regulations for releasing a person were thorough and effective.

"I need to apply to the Ministry of Health and I need to provide a detailed report with a comprehensive assessment of their risk and how that might be managed," he said.

"This is a process that takes years. In addition to this, they won't be found not guilty by reason of insanity unless they have a severe mental illness that is the primary cause of their offending, so that needs to be treated as well," he said.

Marion Blake, chief executive of Platform Trust which provides support to mental health patients, told Morning Report it was incredibly hard for family members of people who had been killed or hurt.

"But we do have a very clear system in New Zealand - of a justice system and a health system," she said.

"I think it's really important that we keep those two absolutely separate, so that people are absolutely clear that we know that these people have committed offences and they're going to get treatment."

Ms Blake said she did not know whether anything would be served by notification of when and where mental health patients were released.

"We've got to be clear families are not the right people to be making those sorts of decisions," she said.

"We've got a sophisticated health system in New Zealand and people will not be released unless the clinicians are absolutely certain that they've done the very best that they can, and that people's recovery is in the right place."

Green Party justice spokesperson, David Clendon, said families of victims should be to be given more support, but should not have a say in a person's release. He said clinicians should make that decision as laypeople are not qualified to do so.