KiwiRail has been ordered to pay $110,000 to the family of a contractor left immobile after being hit by a train last year.

On 17 June last year, Downer employee Paul Anderson was operating a digger on a live rail line in Raurimu Spiral near Tongariro National Park, when he was struck by a northbound train. 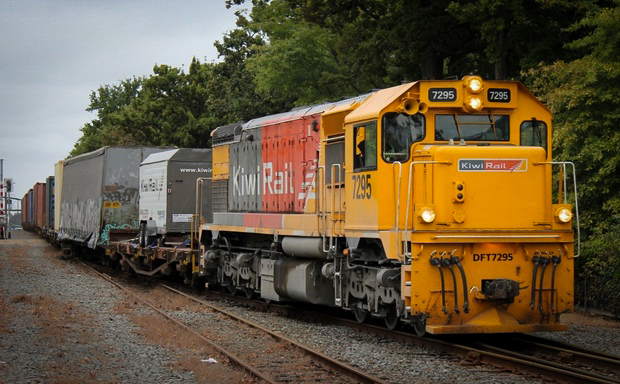 He now remains under 24-hour care at Porirua, and is unable to speak or communicate in any way.

KiwiRail appeared at the Auckland District Court today charged with failing to protect Mr Anderson and other employees working on the site that day.

A medical report presented to the court described him as being in a "minimally conscious state", unable to swallow or breathe on his own, and relies on a permanent tracheotomy. He is prone to seizures and has had to be transferred to hospital several times due to pneumonia.

The report said Mr Anderson is able to move his arms, nod and shake his head, but it was unclear if that was deliberate or just a reflex.

His partner, Vashti Faulkner, lives in Foxton with their two young girls.

In a victim impact statement read to the court on her behalf, Ms Faulkner said she now lived in a constant state of emergency, panic and distress.

"Feelings of anxiety, insomnia are now part of my daily life," the statement read.

"Paul's incapable of making any communication, so I can only guess what he's thinking."

Ms Faulkner said she was told on a regular basis her partner would not survive for another 12 months, and should prepare herself for his death.

"When he left for work on that Monday morning, I never imagined it would be the last time I would see him like this."

"Although Paul did not die that day, the man I knew and loved was lost."

ACC payments cover most of Mr Anderson's wages but Ms Faulkner told the court she had to travel up to 200km for his treatments, and was unable to find work because she was his primary guardian.

A second statement, on behalf of Mr Anderson's parents, said he had put his trust in KiwiRail to protect him on site that day.

It said when his father raised concerns for his safety a year earlier, Mr Anderson assured him an incident like this would never happen.

Because construction was being done on a live rail line, and two trains were expected to pass through the site that day, buffers were set in place on either side and a Rail Protection Officer (RPO) had to oversee all movements on site.

The RPO's role was to signal workers when a train approached, and ensure they were clear of the rail before communicating with the train conductor to pass through safely.

The first train passed through the site safely, but when the RPO signalled for the second train to pass through later that morning, all employees had been cleared from the rail apart from Mr Anderson.

He was struck by the northbound train and left in critical condition for several hours before emergency services were able to reach the remote site.

It accused the company of multiple failures, including not accounting for all employee on site that day, and not making sure the RPO was properly qualified to oversee a multiple activity site.

It said investigations found there was no morning health and safety meeting conducted on the day, and no record kept of who was working on site.

"Every worker has a right to trust that their employer is looking out for their safety and that the necessary safety precautions and systems for managing potential risks are in place."

Judge Patricia Cunningham said because of Mr Anderson's current condition, it was impossible to know whether he saw the signal from the RPO or not, and whether he understood what it meant.

Judge Cunningham found KiwiRail was fully responsible for all workers operating on its site, and ordered the company to pay $110,000, which will be divided between Mr Anderson's parents, and his partner and children.

Under the Crown Organisations (Criminal Liability) Act of 2002, KiwiRail cannot be fined by the court, but has instead been ordered to pay reparations.

The rail company admitted it was at fault, and said it had taken steps to improve its health and safety procedures.

KiwiRail group manager Todd Moyle said the incident has had a big impact on the company. 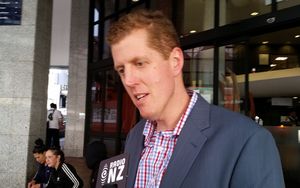 "We're grateful we had the opportunity to meet with the family last week and talk through it with them," he said.

"No amount of reparations that we can offer can turn back time, all we can hope is the changes that we've made in terms of our safety systems actually make an improvement moving forward."

He said the company has introduced a new "lock-on, lock-off procedure to all its construction sites on live rails.

Under the new system, employees and visitors on site are issued with a padlock that is attached to a board held by the RPO, and trains cannot pass through until all padlocks are removed and everyone is clear of the track.