An animal welfare group wants to know why research that involved pigs being shot in the head at close range was approved by Otago University's Ethics Committee.

Five pigs were sedated, tied to a surgical table and shot with a Glock pistol, as part of a study by the Institute of Environmental Science and Research (ESR).

The Crown agency says the 2009 research was on blood-spatter patterns, such as those found at crime scenes. 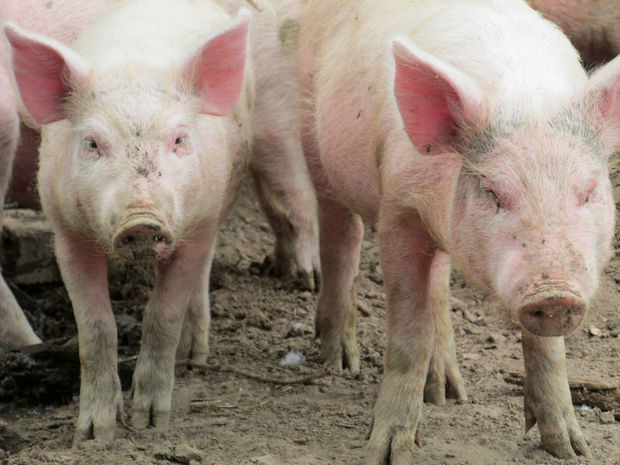 ESR spokesperson Stephen Corbett told Morning Report the five pigs had been anaesthetised by a vet, and were shot as humanely as possible.

Mr Corbett said the researchers had tried other approaches such as using computer modelling and mannequins. The scientists concerned acknowledged there were limitations to the comparison between humans and pigs but felt that using the animals was the only way to get the extra information they needed.

"Good robust research underpins justice systems around the world, so as a result of the experiment we are a long way further down the knowledge path than we were."

Mr Corbett said experiment was conducted in 2009 as part of a larger research work on blood-spatter, and had been approved by the university's ethics committee.

The university said the study would contribute to ensuring they did not have to treat animals in the same way in future.

Deputy vice-chancellor Professor Richard Blaikie said the approval process weighed up the benefits of the research against harm to the animal.

He said they would like to think they had provided enough data so they did not have to replicate something like it again, but there could be future cases where an ethics committee has to make the choice.

SAFE (Save Animals From Exploitation) executive director Hans Kriek said the real question was why no-one intervened to stop the study taking place.

Mr Kriek said it was a ridiculous waste of animal life, because the skull structure of pigs was clearly different to humans.

Mr Corbett said the organisation did not plan to do the same type of experiment again.

"We've got the information now, and now the paper's been published we can share it with other parties so there's no need to repeat it,' he said.

"The tool of blood pattern analysis can be extremely valuable for investigators. For example it can give them a clue as to telling the difference between the actions of a victim and assailant, and maybe an innocent bystander, so it [can be] pretty crucial before court."