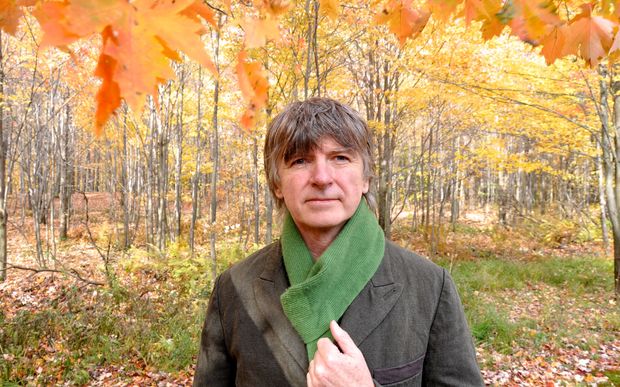 Help Is Coming - a 20-year-old single by Crowded House - has become a fundraiser for the Save the Children charity helping Syrian refugees.

Put together by British journalists Caitlin Moran and Pete Paphides, the single is available as a 7" vinyl and download.

Finn told Morning Report today that New Zealand could do more to help ease the crisis.

"Refugees have a lot to offer and I think there is a lot of really amazing people looking for safe passage and safe homes. And 750 a year is totally inadequate. I know they've raised it by 600, but it still seems inadequate to me when a country like Ireland - which only has the same population, more or less, as New Zealand - is taking 5,000 refugees.

"I personally believe there is public goodwill to manage five to 10 thousand. I might be naive, but call me naive, I don't care. I think there is always a way."

"It was never really completed at the time because the band lost its way at that point, and it came out on a pretty obscure record of b-sides and afterthoughts called Afterglow.

"But I always rated it, I always thought it was a pretty good song. It was about refugees who were encouraged to immigrate to America at the turn of the last century and beyond, and the great thing they made happen in that country, and it just so happened that Caitlin and Pete heard the song and realised the lyrics were extremely topical and quite pertinent to what was going on. So it was one of those mysterious things that happens with songs."

He said he had no hesitation in waiving the royalty fees for the tune.

"I just said yes, yes, yes to Pete because I had been watching the same images unfolding and thinking about refugees and New Zealand's rather poor response to the tremendous crisis that was happening. I guess I was relieved in some way to find a way to be of some small practical help.

"My only aim I have is that it might raise some money and awareness, and that it might act as some counter-point to the incredible apathy that we all suffer in the west, at this daily barrage of images from places that are struggling. If I can be a small part of this growing cause, then I'm honoured."

Mr Paphides said he had been overwhelmed by the response since the song was re-released last Thursday.

"There are wonderful things happening. People at football matches are starting to turn up with 'refugees welcome' banners. We've come very far in some ways in the last few weeks.

"Some sections of the press and the government had established quite a negative discourse with regards to the subject of refugees, and what I am hoping is this song will help remind people that refugees is not a dirty word. It's anything but, it's one of the saddest words in the world."