Scientists have discovered that Argentine Ants are a bigger threat to bees than first thought. 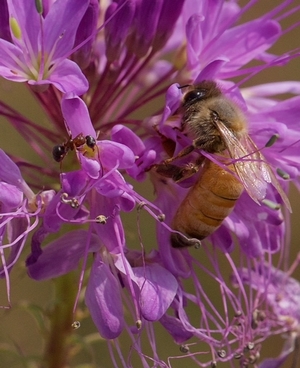 The Victoria University of Wellington-led team says the pests host the same Deformed Wing Virus found in bees and wasps in New Zealand.

Researchers say the virus has played a part in the decline of honey bee populations around the world.

Professor Phil Lester says Argentine Ants raid beehives and hunt for food, and this close contact is bad for bees because the ants pick up and spread the disease.

The discovery comes after three years of work by scientists in New Zealand, Australia and Argentina.

Victoria University says the discovery could be a game changer for the fruit and wine industries where controlling the ant is a growing problem.