4:35am on 4 September 2010 marked the beginning of a series of earthquakes that would destroy Christchurch's central city and change the lives of Cantabrians. 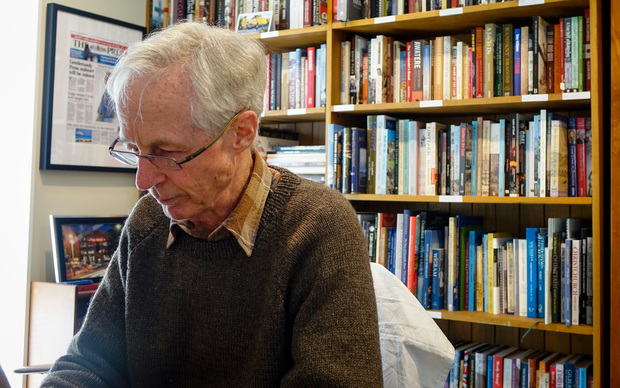 Mike Crean's bookcase is his personal museum. Each shelf documents a chapter of his life, his interests and his career.

In one corner of the humble study is a smaller bookcase, dedicated to rugby. A black and white photo of the Mataura Football Club's senior team, dated 1969, sits on top of it.

"See if you can you find me in that photo," he challenges.

In another corner, there's a mock-up front page of The Press newspaper, given to him by colleagues marking his departure from the paper after 22 years.

He retired in March, two months before he and his wife moved into their newly-rebuilt Papanui home, and 60 months after the earth beneath Canterbury started stirring.

The hardest part about the last five years has been watching his family struggle. he says.

His son Stephen's home was "one of the first to go" and became a symbol of the September 2010 earthquake.

"Every time we saw an earthquake story on TV3, there was a shot of his completely destroyed house in Dallington, with our granddaughter's bike in the driveway.

"It broke my heart every time." 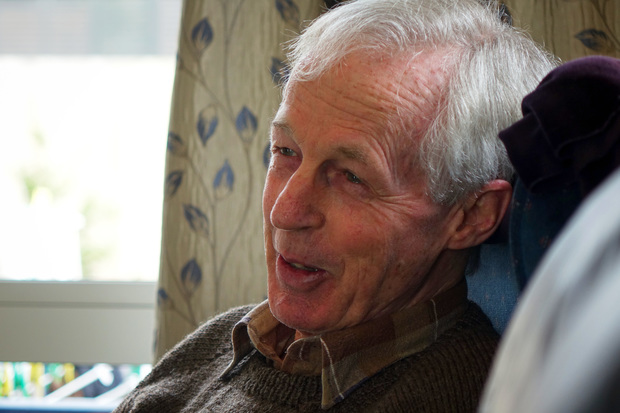 Mike had been asked to write a book commemorating the The Press' 150th anniversary.

After the September earthquake, he had to rewrite the first chapter to include the event and the paper's response to it.

Despite a few nasty aftershocks, he says the 4 September quake did little to prepare people for 22 February 2011.

The book was finally ready for publication when the deadly quake hit.

"That had to be a whole new chapter."

The Creans' family home in Papanui suffered major damage, his son's New Brighton home was "inundated with liquefaction" and his daughter's home in Lyttelton was also badly damaged.

He says when the magnitude 6.3 quake hit, he felt "sheer terror".

Mike and his wife Margaret spent two weeks in Ashburton, before shifting in with friends in a less affected suburb of the city.

Their cracked and crumbling home underwent several bouts of emergency repairs before they moved back in and joined the Earthquake Commission's (EQC) queue of almost 168,000 building claims.

"The first chap [from EQC] who came, estimated the repair bill would be around $20,000.

"We laughed it off at the time."

"[The insurance company] told us like it was bad news, but inwardly I was jumping for joy."

Their new, rebuilt home is modern and warm and, "probably twice" the value of their old home, he says. 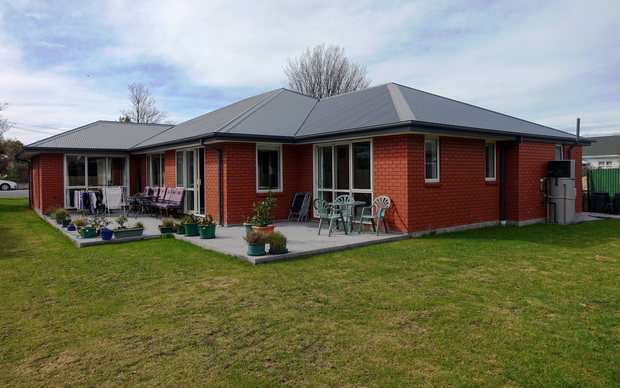 Mike says for him the earthquakes were "absolutely shattering, psychologically".

"No doubt about it, we were traumatised.

Growing to love the Garden City

Mike grew up in the small North Canterbury town of Hawarden, about 80 kms outside of Christchurch.

As a child, he doesn't have fond memories of the city.

"It was a place we came to about twice a year, usually to go to a dentist."

His affection for Christchurch came when he was old enough to go to the rugby at Lancaster Park, which has been closed since the earthquakes.

He recalls it vividly.

"It was 1959, the third test, All Blacks versus the British Lions, which we won of course."

After various teaching jobs in the South Island, he and his young family moved to Christchurch in 1984, and his love for the Garden City flourished.

Despite the destruction caused by the quakes, he's never thought about leaving for good. 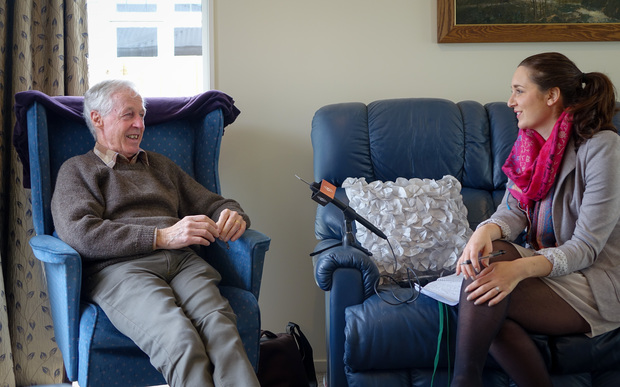 A love affair with the south

Most of Mike's working life was spent in journalism, covering sport and news at first, before diving into features and obituaries.

He's travelled to every nook and cranny of the South Island, writing hundreds of columns about eccentric locals, history, folklore and war veterans.

"I loved my work so much, that I didn't want to retire, most of the time."

With another round of redundancies looming, his decision was made easier.

"It took me about a month to get used to it and to slow down a bit and just get rid of the tension…but honestly, I don't think I've felt physically better for a long time."

He doesn't feel his retirement has been robbed by the earthquakes and says Christchurch still possesses what he holds most dear - his children and his grandchildren.

Walking through the central city gives him an "eerie feeling" now, he says.

"Now I have to stop and think… 'Which street am I on?' I never used to have to do that."

He doesn't want Christ Church Cathedral to be demolished because it's the "touchstone in Christchurch history".

The Provincial Council Chambers - built in 1865 - and the Arts Centre "must be restored" but as for many other heritage buildings, he'd rather see modern architecture replace them.

Mike says he thinks about what the city will be like for future generations.

"I hope they do something along the Avon [River] that will turn it into a green paradise of gardens and parks.

"That's what I want our children and grandchildren to be able to see and enjoy.

"It's going to take a long time, probably after I've gone but I hope we'll see it underway before then."

Mike removes his glasses, passing them from one hand to the other contemplatively.

He gives out a small cough, and begins.

"I can well remember the Prime Minister [John Key] saying that nobody will be out of pocket or worse off financially…well that's absolutely garbage, I could name him lots of people who are worse off."

He says he resents the level of central Government control in the region's recovery - the fact that the city council has to "kowtow" to their requirements - and the overall pace of the rebuild.

"I anticipate that we'll get some startling news about progress about nine months out from the next election," he says as he leans forward in his chair.

"Get the All Blacks away and win the World Cup and then the next thing they'll be looking for to boost their election chances will be some real progress in Christchurch.

He leans back in his armchair and lets out a chuckle.

Rising from the rubble

Mike turns 68 next week and despite the last five years he feels "blessed".

Since the quakes, he knows all of his neighbours by name. He appreciates seeing new buildings rise from the rubble, and knows Christchurch will be an interesting place to spend his golden years.

"Everything has worked out," he smiles.