Amnesty International is calling for New Zealand to double its refugee quota to help deal with the international humanitarian crisis. 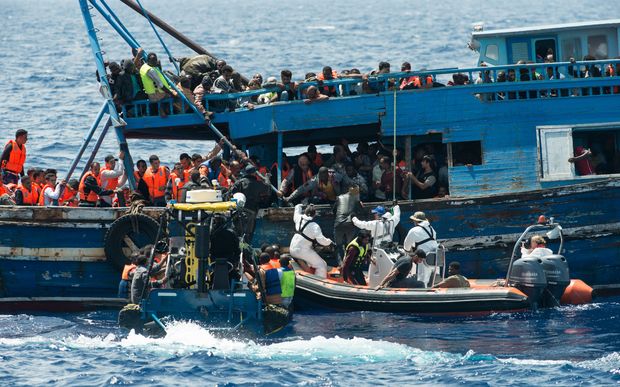 It is estimated this year alone, a third of a million people have crossed the Mediterranean from war-torn countries to get to southern Europe, with almost 3000 people dying in the attempt.

New Zealand executive director of Amnesty International said the country needed to step up, like Germany and Sweden had, and do its fair share to help.

Grant Bayldon said New Zealand had not changed its refugee quota in almost 30 years and was ranked 90th in the world for the number of refugees it took annually.

He said not only was New Zealand not leading the world in taking its share of refugees, it was a laggard.

She said all nations should increase their refugee quotas.

Ms Woolf said no one willingly left their homeland in a leaky boat unless they were desperate to get to safety.

"I'm a survivor of the holocaust and I know my family found it very hard to find shelter. We eventually did by going on holiday visas to England, but most of my family didn't."

She said asylum seekers faced huge obstacles as they tried to get to safety.

Ms Woolf said she had empathy for refugees trying to flee their homelands.

"These people are desperate to leave the places they've gone from. They don't do it for a joy ride and it's up to the nations of the world to take in more of them."

She said refugees were valuable citizens to the country that took them in.

Immigration Minister Michael Woodhouse said the Government still had an open mind on an increase.

The Government reviewed the number of quota refugees New Zealand takes every three years and the next opportunity was early next year, he said.

"The Minister of Foreign Affairs and I would make a recommendation to cabinet. I can't rule out a change in the number of refugees that we accept in the future and I keep an open mind about that."