A whale stranded not far from central Auckland on mudflats near the north-western motorway at Point Chevalier has been refloated. 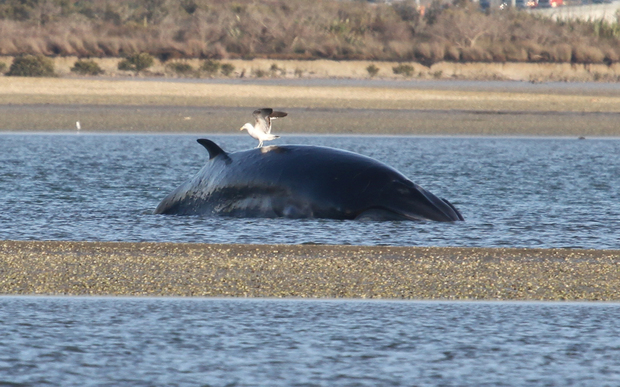 Louisa Hawkes from Project Jonah said the whale - which has been confirmed as an Antarctic minke - was able to be refloated just after 2pm.

"The whale is now free swimming... it's out in the harbour in deep water and there's a couple of boats monitoring its progress.

"It's quite a big whale so there wasn't much we could do to move it physically, we had to wait until the water was around the whale and then we could nudge it," she said.

Ms Hawkes said the responders were "cautiously optimistic" that the whale would keep heading into deeper water.

"Once it was facing the right direction it took off quite quickly and it's covered a considerable distance," she said.

She said it was very rare to find the species in Auckland's waters.

Department of Conservation spokesman Nick Hirst said it was first spotted last night by people on a boat cruising further north in the Waitemata Harbour, near Riverhead. 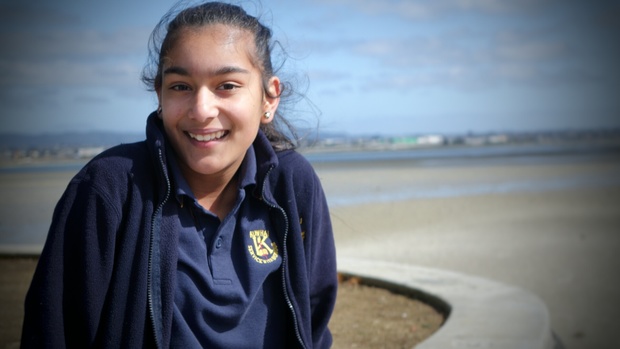 Zainab Aziz, 12, was one of the first to spot the whale in Pt Chevalier. Photo: RNZ / Kim Baker Wilson

Project Jonah general manager Daren Grover said a stranding in the area was unusual but not unheard of.

Zainab Aziz, 12, was one of the first to find the eight-metre-long whale at about 7.45am.

"It was really big. To take a photo you have to walk pretty far back... We just kept on pouring water over it."

Zainab said it was a once-in-a-lifetime experience to be able to see a whale that close.

It is the second time this month that a whale has been spotted in waters around central Auckland.

On 11 August, a southern right whale was seen swimming around Hobson Bay and offshore from Tamaki Drive. That whale was healthy and showed no signs of distress.