A study published today suggests that one in eight women in this country suffers from depression during pregnancy. 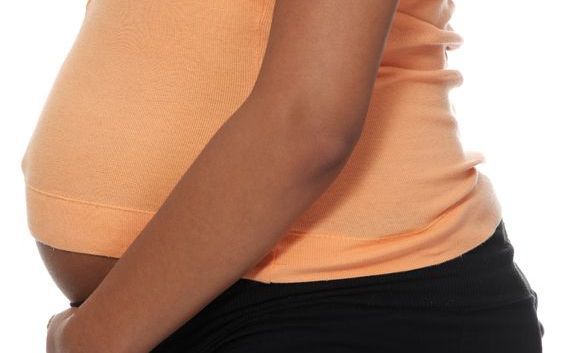 The study revealed 12 percent of pregnant women showed signs of antenatal depression, with Pacific and Asian women twice as likely to be affected. Photo: 123RF

The latest study, published today in the Journal of Affective Disorders, is part of ongoing research associated with the longitudinal Growing Up in New Zealand Study, led by Auckland University.

She said it revealed 12 percent of pregnant women showed signs of antenatal depression, with Pacific and Asian women twice as likely to be affected.

A Christchurch mother, who wants to be known only as Hayley, described what it felt like for her.

"I was very busy with my first child and I wondered how I would cope with another. Life's already very busy and I was working at the time, and I just wasn't sure how all these things were going to fit into my life."

"I just sat down and talked with her about how I was feeling, and it was her that put some strategies in place to help me deal with that." "If the mother is depressed ... they might be smoking," said Dr Waldie. Photo: 123RF

Dr Waldie said the risk of depression during pregnancy was three times higher for women who have had or were experiencing stress and anxiety, and few sought treatment.

She said mothers who were depressed could struggle to take care of their own health and well-being, which could slow the growth of the foetus, increase the risk of a premature birth and delay the child's development.

"If the mother is depressed and is unable to cope with everyday life, they're probably not taking care of themselves as they should do, so they're not going to the antenatal classes, they're not taking the vitamins, they're perhaps not doing the exercise. They might be smoking."

A midwifery adviser for the College of Midwives, Lesley Dixon, said midwives already asked pregnant women key questions designed to find out if they are feeling low, so help could be provided.

"We've known that suicide is a leading cause of maternal mortality so essentially we've been focussing on this for several years now, so antenatal screening has been a strong focus for us."

The questions midwives and family doctors use to help spot antenatal depression are:

Dr Dixon said more resources for mental health services would be useful. She also said maternal mental health resources were improving but still variable, with access more difficult for women in rural areas. She also stressed that depression was treatable and women would get better.

Ministry of Health head of child and youth health Pat Tuohy said midwives and doctors kept a close eye on maternal mental health, largely through the above questions, which were contained within their practitioners handbook.

"We've tended to focus on postnatal depression but any midwife who works with a Mum over a period of time would be expected to get a good feel for how that Mum was coping, where there was anxiety particularly related to the pregnancy or other issues."

Dr Tuohy said current strategies were working well and he was not aware the evidence was strong enough yet for a formal screening programme.