Work and Income has been forced to pay for part of a $3000 tread climber after it was bought off a late-night TV ad by a beneficiary. 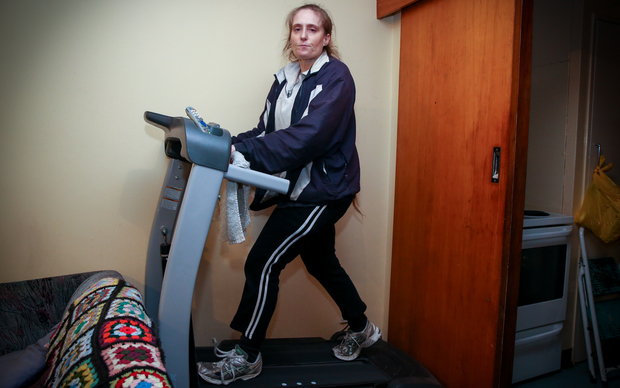 Debbie Port said her ankle was still bothering her when she saw the TV ad for the tread climber. Photo: RNZ / Alexander Robertson

The Social Security Appeal Authority ruled in favour of Debbie Port, who said she bought the exercise equipment for an ankle injury she suffered in October 2013.

But the Ministry of Social Development (MSD) lodged a notice of appeal in the High Court last month, saying it was an important case that could affect many of its clients.

Ms Port said her ankle was still bothering her when she saw the TV ad for the tread climber late one night in July 2014.

"I thought, right, I need that. If I'm ever going to get back on my feet physically with regards to this accident I do need to get this equipment," she said.

"I have developed back problems as a result of my ankle. Having this means I'm not aggravating anything." 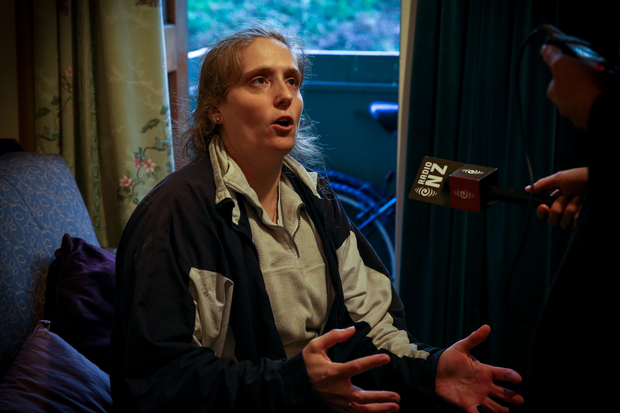 She then got a letter for Work and Income from her doctor supporting the purchase.

But her request to add it to her disability allowance was declined because it was "not considered to be a disability-related cost".

In the authority's ruling, MSD said an ACC report indicated Ms Port's ankle injury had resolved itself before she started feeling heel pain.

It also said Ms Port's injury lasted less than six months and the expense did not arise from her disability.

But the authority disagreed, saying it believed there was a direct relationship between Ms Port's disabilities - including her Raynaud's disease - and her need to exercise.

"It seems clear the appellant has been persuaded to purchase an expensive piece of exercise equipment by a late-night television advertising campaign," it said.

"Whilst we have serious misgivings about the circumstances in which the appellant made her purchase, we do not think she should be disadvantaged simply because she did not choose to incur costs relating to another form of exercise such as gym membership instead."

The authority ordered MSD to pay $26.84 of the cost per week, and warned Ms Port to not think of it as a precedent for similar purchases in the future.

An MSD spokesperson said it could not comment on an active case, but it took court action seriously.

"This is an important case that concerns questions of law that could affect many of our clients. It is not appropriate for us to debate the case in this forum," he said.

A hearing date in the High Court has yet to be set.

Law professor: Concern likely to be around approval

Law professor Māmari Stephens agreed the case may be concerning to Work and Income.

Ms Stephens, a senior lecturer at Victoria University's law faculty, said MSD may be worried the climber was bought before getting it approved.

"They'll be concerned about the possibility that people will then take this case as an opportunity to go and rack up expenditure on items that actually may well be completely necessary for their particular type of disability," she said.

"But there would need to be some kind of control on that."