A freshwater ecologist says commercial whitebaiting should be banned. 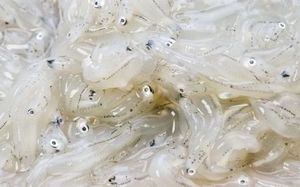 The whitebait season begins today everywhere except the West Coast and the Chatham Islands.

A researcher at Massey University, Mike Joy, says four of the five fish species that make up whitebait catches are threatened, largely because their fresh water habitats have been destroyed.

Dr Joy said a big fuss was made recently over eating another threatened species, wood pigeon or kereru, yet people can buy whitebait in supermarkets.

"But people everywhere around New Zealand are eating threatened species - the whitebait, and they can go to the supermarket and buy them.

"If you gave our native fish the same protection that we give to our trout, there would be a huge improvement."

He said whitebaiting should be limited to recreational fishers and the fishery should be monitored.

Canterbury University researcher, Mike Hickford, said early fishing done by special permit had resulted in good whitebait catches in Bay of Plenty, but numbers were low so far in Southland.

He said there was no formal monitoring and researchers rely on word of mouth information from whitebaiters.

"We tend to go very blind on it, we sit back and wait for things to happen rather than watching what's happening rather than being proactive about watching the fishery."

Dr Hickford said the growing number of whitebaiters may mean people end up with smaller catches.