A key part of a $140 million effort to improve children's behaviour has been given a pass mark by the Council for Educational Research. 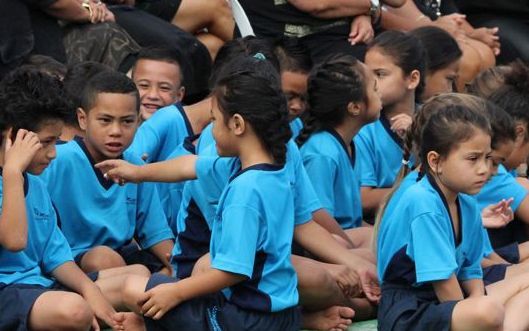 Education groups are hoping for a little largesse from this week's Budget. Photo: Supplied

In a report commissioned by the Education Ministry, the council says most schools in the Positive Behaviour for Learning School-Wide scheme have noted a fall in major behaviour problems.

The report said schools in the scheme say their classrooms are more settled and students were more aware of the behaviour expected of them.

It said there were early signs of a possible fall in the number of suspensions, exclusions and expulsions, though the number of stand-downs has barely changed and has even gone up at some schools.

However, it also warns that the figures are only indicative.

Positive Behaviour for Learning School-Wide is a government-funded scheme that began in 2010.

It was started after a national summit on behaviour and now runs in more than 600 schools.

Among those schools is Heretaunga College in Upper Hutt, where the school's values are embodied in the word 'pride'.

They say that makes it clear to everyone what is expected of them and helps maintain a high standard of behaviour.

Principal Bruce Hart says that is the key to PB4L School-Wide.

"You no longer take for granted that students know how to behave. You need to explicitly state what is expected."

And to be even clearer, he says sometimes it is necessary to spell out what is expected in certain area.

Mr Hart says the scheme works well and it has made his school more settled.

"It's not that we don't have behaviour incidents, but what we do have is a set of values and beliefs that we can go back to when something happens.

"So, 'you've done this, that's not showing good participation, this is what we expect from you'." 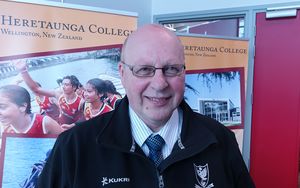 "You do see an overall lifting of the tone and the climate of the school - your baseline of behaviour is at a higher level."

About 600 teachers and principals are meeting in Auckland for a PB4L School-Wide conference today.

Among them is Jack Boyle, a teacher who has chaired the Post Primary Teachers Association's (PPTA's) behaviour taskforce.

He says schools are adopting the scheme because oldfashioned approaches aren't working.

"Where they've had fairly identifiable and often a little bit worrying behaviour issues come up at a school, they are able to see fairly quickly a turnaround in terms of the culture of students, teachers and community not very long after sign-on."

The union's president, Angela Roberts, says if children's behaviour improves, so does their academic achievement.

"The evidence is clear that if you have really great well-being for your tamariki, for the leaders and the teachers, and you've got really good connections with whanau, with families - you get that right and everything else flows on."

As well as School-Wide, Positive Behaviour for Learning includes other initiatives such as the Incredible Years programme which helps parents and teachers deal with disruptive behaviour among children aged three to eight years.