Student debt is expected to soar past the $15 billion mark next year, according to a report released today.

The report, by the Union of Students' Associations, said tertiary students are facing the hardest times they have ever faced, and graduates enter their working life with an average debt of about $50,000.

It said 90 percent of students have some form of debt, and 28 percent of them also racking up debt on credit cards. 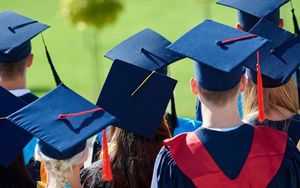 Students are becoming increasingly concerned about the impact of their debt. Photo: 123RF

The report also states that students are becoming increasingly concerned about the impact of their debt.

The report said for a growing number of students, the cost of living and inadequate income support was making their years of study miserable.

"Student fees have gone up by 31 percent in the last four years and that's simply not sustainable for students and their families because they have to carry that debt with them.

"For a lot of people, they're making different decisions about whether they can start a family, start a business or buy a house."

Mr McCourt said debt was also having a huge impact on student mental health and diminishing their quality of life.