One of the country's most celebrated writers has been named as New Zealand's latest Poet Laureate.

C.K. Stead has joined the ranks of luminaries such as Bill Manhire, Hone Tuwhare, and Elizabeth Smither, and will be formally inducted into the role later this month. 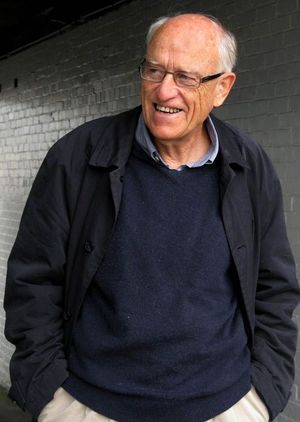 Stead, a novelist, editor, literary critic, teacher and poet, said the appointment was special to him.

"Poetry has been somewhere near the centre of my consciousness for the past 70 years, so this affects me more than any other honour I could have," he said.

Born in Auckland in 1932, Stead began writing poetry while still at school and was first published as a student.

He has had novels translated into 11 European languages and as an academic has an international reputation as an expert on 20th century poetic Modernism. He is also well-known as a critic of New Zealand literature.

He was Professor of English at the University of Auckland from 1967 to 1986 when he stopped teaching to write full time, and is still Professor Emeritus.

"Carl is still writing as youthfully as ever," O'Brien said. "The work is still full of teeming energy."

Poets laureate hold the post for two years and during that time write poems, give readings around the country, publish a collection at the end of the term, and in a nod to the digital age, have also written blogs.

"I don't think there's a rule book for what the Poet Laureate does," Greg O'Brien said. "It's a role that just promotes the spirit of poetry in whatever shape and form that happens to be."

Among many accolades, Stead was awarded the CBE in 1986 for services to New Zealand literature and was Auckland City's Distinguished Citizen for 2007, the year in which he was awarded the ONZ.

The National Library took over the appointment of the Poet Laureate in 2007. Chief Librarian of the Alexander Turnbull Library, Chris Szekely, said Stead's Collected Poems contained poetry written in 1951 yet he continued to create new works of freshness and originality with poems written in 2015.