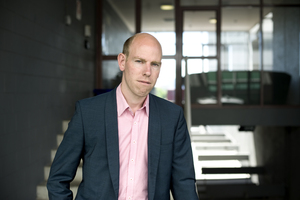 Max Rashbrooke said New Zealand was experiencing aspects of a "trickle up" economy, with the list indicating a growing gap in wealth.

The list shows the total wealth of the National Business Review rich-listers has increased by nearly $4 billion in just one year.

The total wealth of the top 184 earners in New Zealand now tops $55 billion.

"It's a reflection of the upturn in the economy at least for some people following the GFC (global financial crisis)," he said.

Mr Rashbrooke said the increase was predominantly caused by the net wealth of just one man, Graeme Hart, who tops the list with a total value of $9 billion. 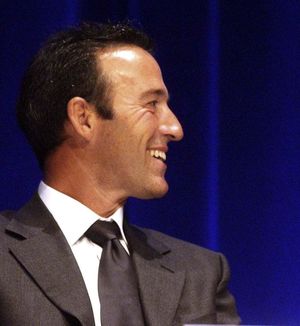 He said Mr Hart's influx of $2 billion is largely due to selling off some of the companies he owned.

Mr Rashbrooke said the wealthiest one percent of people now own 17 percent of all wealth in New Zealand.

But, Mr Rashbrooke said the poorest half (50 percent) of the country own just 5 percent.

He said New Zealand was witnessing aspects of a trickle-up economy.

"I mean we don't have great data on wealth inequality at the moment, but we know that households after a period when they were starting to save have started to go back into debt even further.

"Household debt is much much higher than it was 10 or 20 years ago and, than conversely, you've got this really significant increase in wealth at the top so it does look like we're in a bit more of a trickle up than a trickle down situation." 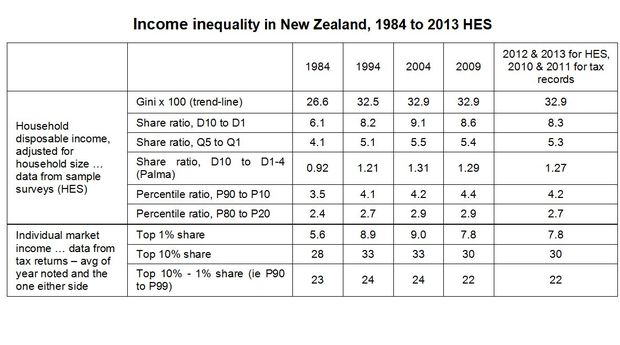 He said in the last decade society had witnessed income inequality being stable but that was due to previous government policies such as Working for Families and the GFC.

But he said what wasn't clear yet was what the trend would be following the GFC. "Things like this make you start to think, 'well maybe inequality across both wealth and income is increasing', but its too early to be absolutely confident."

He said some incomes were recovering really strongly, particularly those at the top, but he didn't believe the effects of the crisis were at all finished for ordinary New Zealanders.

"The number of people who say that they're still struggling to make ends meet is still really really high - much higher than before the crisis."