As the final round of talks on the Trans-Pacific Partnership winds up in Hawaii, Economics Correspondent Patrick O'Meara provides a beginner's guide to the deal. 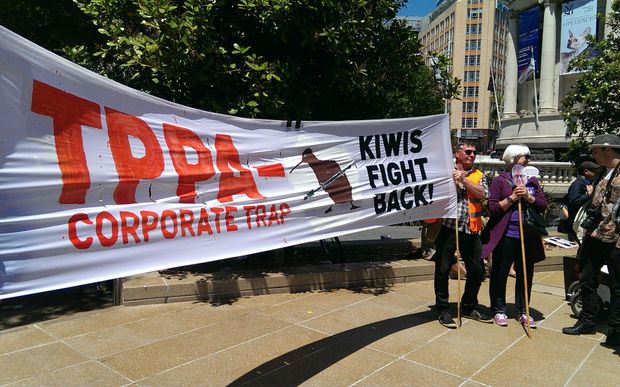 Negotiators from the 12 countries involved are meeting at a Maui resort in an effort to wrap up the deal this week.

But there are fears for New Zealand's main export industry, with Andrew Hoggard of Federated Farmers saying he had received reports from the meeting that did not looking promising for the dairy sector.

Critics have raised concerns over the ability of corporations to sue the Government, and there have been warnings from health experts that New Zealanders could face higher costs and a longer wait for medicines.

The Waitangi Tribunal is among organisations that have also questioned the secrecy surrounding the deal.

What is the Trans-Pacific Partnership?

The Trans-Pacific Partnership, or TPP, is a set of trade and investment negotiations among 12 Asia-Pacific countries to cut tariffs and improve access to markets, as well as set common ground on issues such as environmental standards and intellectual property protections for 40 percent of the world economy.

One contentious but influential study forecast the TPP would raise the economic output of the 12 nations by US$285 billion by 2025. 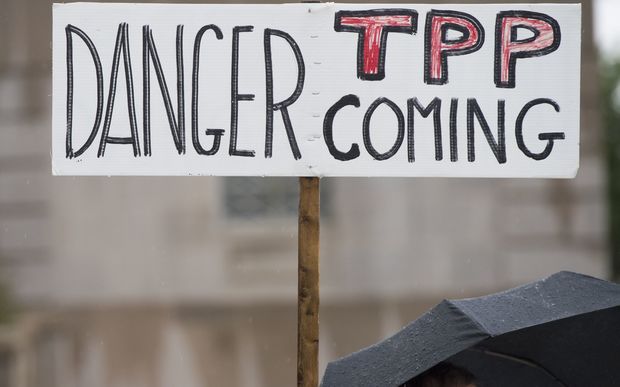 Who's in the TPP?

Collectively, the 12 TPP economies represent more than US$27 trillion in Gross Domestic Product.

South Korea has also expressed interest in joining, as has China.

How long have the TPP talks been going?

The TPP started in 2006 as an expansion of the Trans-Pacific Strategic Economic Partnership Agreement, or P4, which was made up of Brunei, Chile, Singapore and New Zealand.

More and more countries joined, including the United States in 2010, and Japan in 2013.

The participants had hoped to wrap up the negotiations by 2013, but that's proven easier said than done, with a number of self-imposed deadlines being missed.

The deal is complex, and reaching agreement among the 12 nations has proven elusive as issues such as market access for agricultural goods, tougher intellectual property rules and investor state dispute rules have proven politically sensitive.

The issue also raises questions of national sovereignty, and that has raised fears among a number of groups, including unions, and consumer and environmental organisations, that corporations, not workers or consumers, will be the winners. 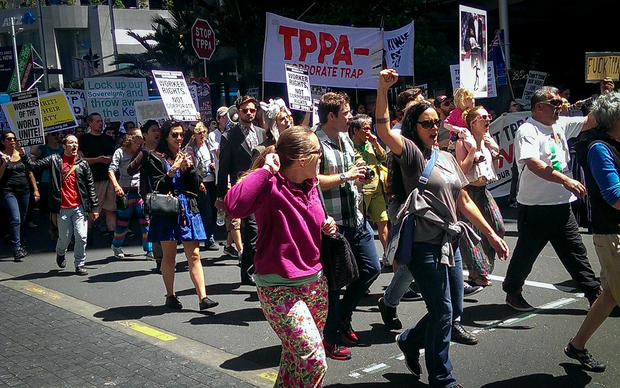 Sounds tricky to sort out - what are the main issues of contention for New Zealand?

For New Zealand, it's market access, particularly for dairy products.

It's facing considerable resistance from Japan and Canada, which are loathe to open up their dairy markets to cheaper producers like New Zealand and the US.

It's complicated further by Canada holding an election later this year, and the Prime Minister, Stephen Harper, is thought to be reluctant to antagonise the country's powerful dairy sector.

As yet, a dairy offer has yet to be tabled.

New Zealand's dairy industry spokespeople say they don't expect the New Zealand Government to sign a TPP deal if it doesn't include a comprehensive deal for the dairy sector.

No. Another contentious area is intellectual property, and protections for pharmaceuticals.

Leaks indicate the US has demanded pharmaceutical patents apply for up to 12 years before generic drug can be used.

That's been opposed by a number of countries, and TPP opponents argue any deal should not limit access to life-saving medicines.

New Zealand's Prime Minister, John Key, concedes the country will have to pay more for some medicines under the TPP, though he's promised the Government would give Pharmac extra money.

John Key has conceded the TPP may increase the costs of medicines. Photo: RNZ / Alexander Robertson

Rules around investors suing Governments is another thorny issue.

Australia does not like a US push to set up TPP tribunals to resolve disputes investors might have with government decisions, called the Investor-State Dispute Settlement.

Other nations are also opposed to any rules that would limit their ability to set environmental, health and other policies in the public interest.

OK, enough for now. Can a deal be done then?

You wouldn't think so, would you?

But yes, an agreement could be reached. While it's a trade and investment deal, it's also a political deal. And hard decisions will require compromise that only politicians can deliver.

Indeed, the rhetoric from New Zealand's Government surrounding the deal has changed over time.

The Prime Minister, John Key, and Trade Minister, Tim Groser, have sought, and demanded, a high quality and comprehensive deal.

As the TPP gets down to the nitty gritty of reaching agreement, the bar has fallen.

The Government's now talking of a deal that is of net benefit to New Zealand. What that means in practice is hard to know, since the TPP talks are secret. 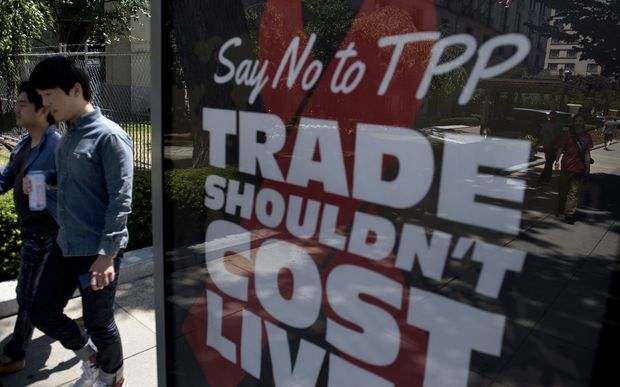 TPP opponents in the United States have mounted campaigns including ads on the streets of Washington, DC. Photo: AFP

What are the chances then of a conclusion in Maui?

The stakes are high.

The US President Barack Obama has made TPP one of the highest priorities of his presidency, and he's determined to get an agreement before the US becomes immersed in the 2016 presidential campaign.

Analysts says Mr Obama still has to go through a number of steps before Congress gets to vote on the deal, and an agreement this week would help keep that timetable on track.

But time is running out.

There are a lot of issues to sort out, and no dairy offer on the table.

Analysts are hedging their bets, saying the likelihood of a deal is 50-50.

Certainly, there may be scope for the talks to continue for a couple more weeks, if ministers feel they are close to a deal.

The TPP meeting in Hawaii is expected to wrap up on late Saturday afternoon (NZT).