Combined support for Labour and the Greens has overtaken National in the latest four-poll average, covering polls taken during July. And Labour has crept back up to 32.4 %, its highest since March 2014.

The Green Party, sporting new co-leader James Shaw, has climbed a bit to 13.0% but that is below its November 2014 ratings. 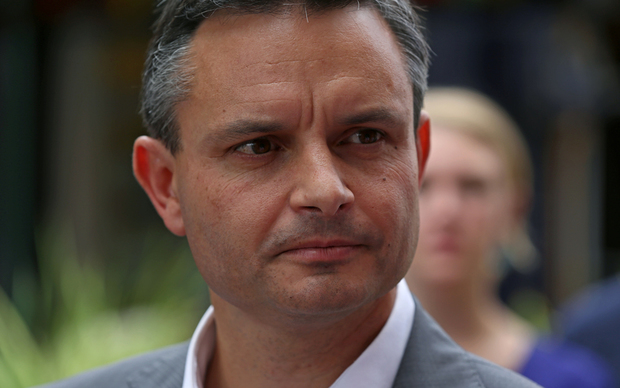 National is down to 44.5%. That is its lowest since October 2013. Still, it remains far ahead of all other parties and not far below its election score of 47.0%.

But Labour's trend seems to be up and National's down (for now). And Labour and the Greens combined lead National by 0.9% for the first time since February 2014. Around budget time National led by 8.8%.

Winston Peters' New Zealand First would decide which of the two sides would lead a government. 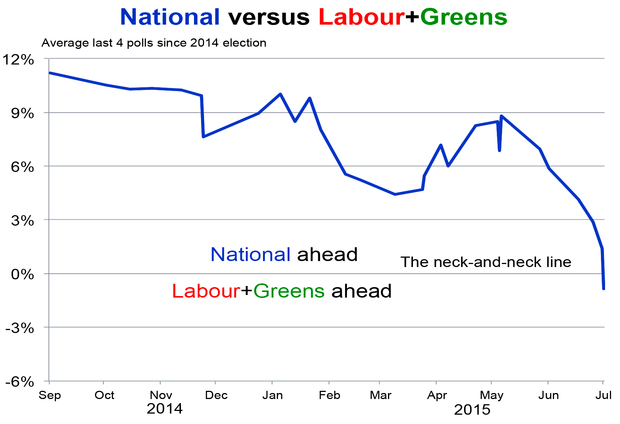 New Zealand First has held on to its modest national boost from Peters' win in Northland. Before that by-election in March its four-poll average dropped below 6%. Its latest is 7.5%, slightly above its April numbers.

Of the other parties, only the Maori party clears 1% and then only just. 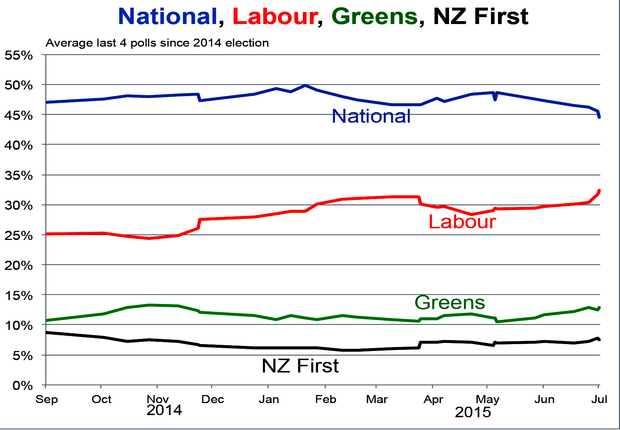 National's slip coincides with two other slides; in John Key's ratings, down in all three July polls after some ministerial slips, though still multiples of all other leaders, and in consumer confidence in the economy and general confidence in the country's direction.

National will therefore be hoping Bill English was right when he told the party's conference on Sunday that the economy's slow patch has come at the right time in the electoral cycle and will lift through 2016 and 2017, in time for the election.

*The poll of polls is an arithmetical average of the four most recent major polls since the election from among: TV1 Colmar Brunton, TV3 Reid Research, Fairfax Media-Ipsos, NZ Herald DigiPoll, Roy Morgan New Zealand and UMR Research, which is not published.

The four polls in the most recent average were, in order of interviewing, Morgan, TV1, TV3 and UMR (all in July). The first point on the charts is the actual election result and the polls averaged in the next three points straddled the election. The first point for which all polls were taken after the election is in mid-November.