The Catholic Church's time in Antarctica has come to an end after a 57-year history as the number of church goers dwindles. 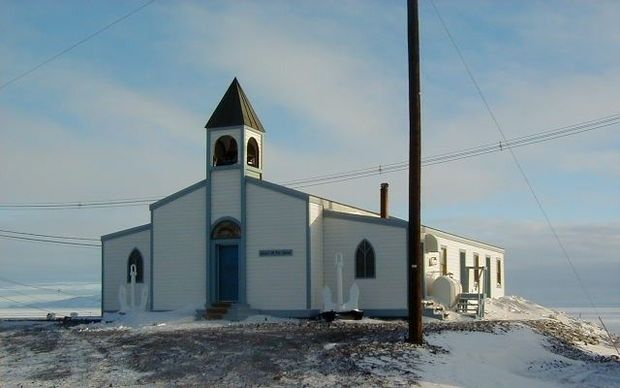 The Chapel of the Snows is the third chapel at McMurdo Station, Antarctica, the previous two were destroyed by fire. Photo: Father Daniel Doyle

The National Science Foundation (NSF), which over-sees the US Antarctic Programme said the decline in people attending services at McMurdo Station meant there was no longer the need for a Catholic Priest.

A military chaplaincy will remain at the base providing inter-denominational religious services and personal support to the population.

Co-ordinator of the Catholic Church in Antarctica Father Dan Doyle has spent 14 summers on the ice since his first trip in 1984.

"There is a gradual decrease in religiosity, there is also a decrease in the number of people working at McMurdo Station and the South Pole and budget cuts so all of these factors have led to the decision that only one chaplain is necessary."

Father Doyle said he has been working with the NSF on the transition that would bring an end to a 57-year relationship between the Diocese and the Programme.

"Before this digital age people felt very isolated and lonely they were always under so much pressure so I did a lot of counselling and peer support."

Father Doyle said when he first became a priest it was a dream of his to go to Antarctica.

"It was great experience providing the ministry to the end of the earth."

He said as many as 2000 men and women stationed at McMurdo and Amundsen-Scott Stations and Scott Base at any one time so it was busy but a lot of fun.

"We used to fly to the South Pole for a day or two and we would go to the out-stations, I got to look at glaciers and historic huts."

"When the divers were working I would be their spotter standing on the ice, there have been plenty of times I have had to count penguins."

Many blessings have been received and shared, and the Catholic Church has been much enriched by the opportunities that missions to Antarctica have offered, said Father Doyle.