A 12-minute phone call to police to report that Cissy Chen was missing has highlighted difficulties that people who do not speak English well have when they dial 111. 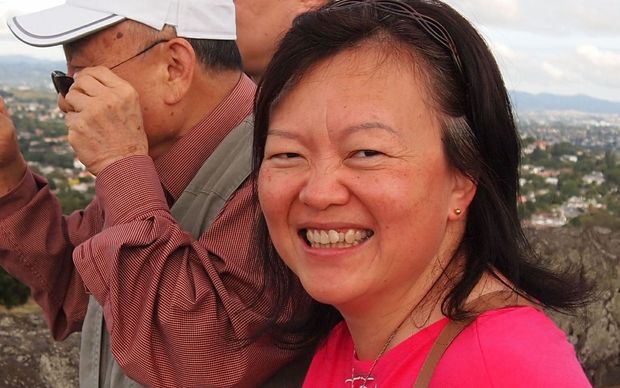 Last month, her long term partner Yun Qing Liu was acquitted of her murder at the High Court in Auckland, having been arrested last year.

In 2012, when Mr Liu called police to report Ms Chen missing, the operator could not understand him.

He made the first call to police in November that year to say Ms Chen had not returned home from her walk.

Mr Liu told the operator his English was no good, and that he wanted someone who spoke Mandarin.

The operator continued with the conversation, saying his English was good.

He gives Ms Chen's Chinese and English name. "Your wife is English?" asks the operator. "My wife's English is okay," he says. The operator asks where his wife is. "Not at home," he replies.

The operator then asks whether he's come home and "someone's stolen your house."

Two minutes later, the operator asks that his wife to call them in the morning.

Close to seven minutes into the call, the operator asks if Mr Liu speaks Cantonese, and then spends the next few minutes trying to get someone who spoke Mandarin to help.

The phone call was played to the jury during Yun Qing Liu's trial.

Police National Headquarters said there were no dedicated translators to deal with emergency 111 calls at communications centres throughout the country.

Kelvin Davis, Labour Party police spokesman, said it was ridiculous there were no dedicated translators available outside of business hours.

"Whether it's Mandarin or Cantonese or Samoan or Tongan, any New Zealander or any person who's ringing up the police communication centre asking for help is obviously stressed at the time they're making the call.

"The last thing they need is to just be totally misunderstood."

He said police budget cuts were no excuse.

"They want the help there and then. They don't care about any excuses around why the police budget's been cut. They just want the people to be there at the time in the moment of crisis."

Tongan Advisory Council's chairman Melino Maka said it was critical that in a life or death situation, the service was there.

"It's the role of the government to actually provide those services to those ethnic communities. Because if you look at it, it's not really much if you are going to value a life."

In a statement, a police headquarters spokesperson said there were a number of staff who spoke multiple languages.

It also said those staff cover off about 18 different languages but when they require extra help they used the translation service Language Line.

The president of the Criminal Bar Association, Tony Bouchier, said in a number of drink driving cases he had defended police had refused to bring in an interpreter or provide documents in the person's language.

"Well it's important that people when they are dealing with police, that they are able to communicate in a meaningful way.

"If they're in some sort of custody situation, that they have access to interpreters or if they're phoning the police to report some sort of crime or an incident.

The police said they weren't aware of any complaints relating to language difficulties.