The Government's proposed insulation and smoke alarm standards for rental properties could push up rents by more than $3 a week. 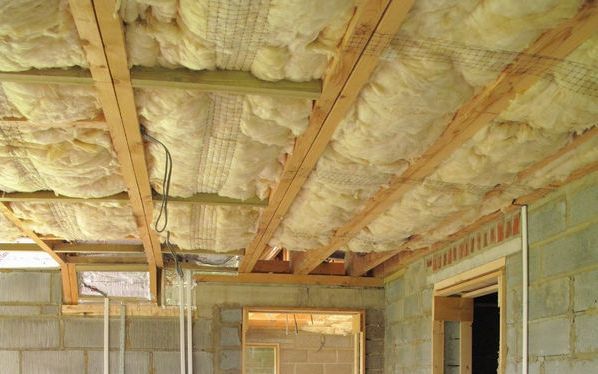 Building and Housing Minister Nick Smith said the requirements could cost landlords up to $3000 per property.

Under legislation to be introduced in October, social housing would have to be retrofitted with ceiling and underfloor insulation by next July, and all other rental homes by July 2019.

Smoke alarms would also be required in all tenanted properties from next July.

Dr Smith said landlords would have to foot the bill and officials estimated the flow-on effect to rents could be as much as $3.20 a week.

"The Government is proceeding with the insulation and smoke alarm requirements because they are practical and deliver benefits far in excess of the costs.

Dr Smith said an estimated 280,000 rental properties have no insulation.

However he said nearly a third of them would be exempt from the new law because insulation would be impracticable.

"There will be exemptions, such as where it is physically impractical to retrofit insulation due to limited space underfloor or inaccessible raked ceilings."

"These reforms will require 180,000 homes to be insulated and the 120,000 homes currently without smoke alarms to have them installed. The health benefits of this will be reduced hospitalisations from circulatory and respiratory illnesses, reduced pharmaceutical costs, and fewer days off work and school. The smoke alarms are expected to save three lives per year," said Dr Smith.

Other measures proposed include giving the Ministry of Business, Innovation and Employment new powers to investigate and prosecute landlords and boarding houses for breaking tenancy laws.

The changes would also ensure tenants could take concerns to the Tenancy Tribunal without fear of being evicted for doing so.

"There will be a new 10-day process introduced to enable re-tenanting of properties where a tenant abandons a property with no intention of returning. The current process can take up to six weeks leaving a house empty and the landlord out of pocket," Dr Smith said.

The Labour Party said while it was an economic no-brainer to introduce the changes, landlords should also be made to install efficient heating.

"Sadly this is the kind of grudging half-measure that's become the trade mark of National's housing policy, where initiatives are only announced when they are forced by public opinion."

Mr Twyford also questioned the four-year grace period given to landlords to meet the insulation standards.

He said it was a small expense given the length of time it would last in the rental property and rent income received in that time.

Insulation should be done sooner

The director of Otago University's Housing and Health Research Programme Philippa Howden-Chapman said the changes were not going to make houses warm, dry and free of damp because there was no mention of heating.

Professor Howden-Chapman said the insulation should be done sooner than the four years that the Government had proposed.

Mr Whitaker said having a cold house for another four years was not very appealing and he hoped the majority of tenants got insulation before then.

He said it should not be so difficult to have a warm and dry rental house.