More than 5000 free teddy bears given to children in hospital between 2010 and 2015 have been recalled, because of a choking risk. 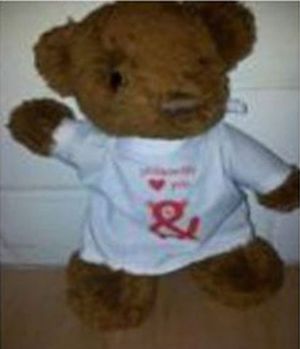 One of the recalled Phil and Ted's teddy bears. Photo: Supplied

The 5247 bears were given to children awaiting surgery in Wellington, Christchurch, and Waikato, and were imported by Wellington company Phil and Ted's.

A complaint was made to the Commerce Commission in February saying fur came away from a bear's neck easily.

Subsequent tests by the commission also found the seams of some bears unravelled easily, exposing the stuffing.

Ten bears were tested, with five failing the fur test and six failing the seam test; one bear failed both.

Phil and Ted's CEO Campbell Gower said a voluntary recall was triggered by one incident of a child pulling fur off a bear.

"We're really sorry that we've had to do this, and it was a well-intended programme and we never imagined anything like this would happen," he said.

"But we have had this report of a child pulling fur off the bear - so we decided the best thing to do was enact the recall."

Mr Gower said the bears were made in China in an area responsible for a large part of the world's soft toy production.

He said the bears were not a part of the company's business, and were given out as a charitable donation.

An investigation into the issue is ongoing.