Excitement is reaching fever pitch in Samoa ahead of today's historic Test between Manu Samoa and the All Blacks. 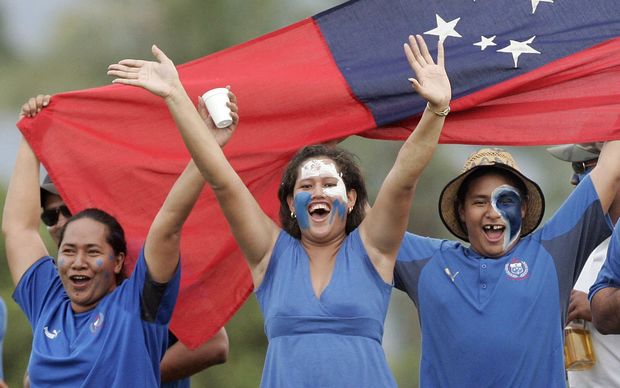 Samoa has a half day off to watch the Test. Photo: Photosport

The Test is the first between the two teams on Samoan soil and anticipation on the island has been building since the fixture was announced last September.

View a picture gallery of the All Blacks in Samoa.

Sam Taulaga is just one of the many ex-pat Samoans who has returned to his home country for the Test; He booked his flights and time off from work as soon as the date was set.

"For the All Blacks to come here was a very special thing to all the people that are from this island," Mr Taulaga said.

Mr Taulaga said he had tears in his eyes watching the All Blacks during a parade through the streets of Apia yesterday.

Such emotion and enthusiasm prompted All Blacks captain Richie McCaw to declare Samoans even more rugby mad than Kiwis.

"I thought New Zealand was a pretty rugby-mad country but the knowledge and the passion that I've seen in the short time I've been here from the Samoan people pretty much overtakes what we get at home," he said.

"Thank you for the welcome." 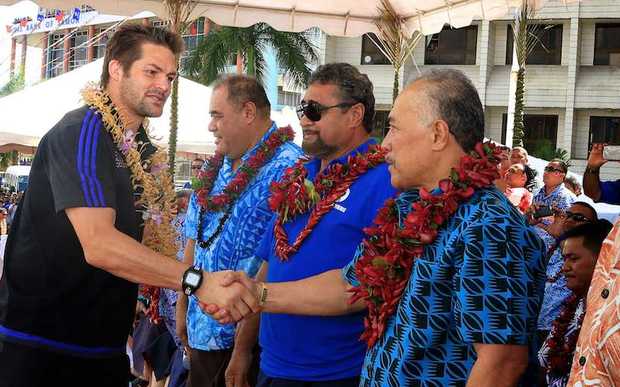 That rugby fervour comes from the top - Prime Minister Tuilaepa Sailele is the chairman of the Samoa Rugby Union and said both Samoa and New Zealand were rugby-loving nations and people.

"A passion for the game, a determination to beat the odds, a country of adoring and sometimes demanding fans and an intense pride in our respective colours."

So great is Samoa's passion for the game, and so historic this test, that a half-day public holiday has been declared for this afternoon.

One who is using that half day to go to the game is Rositta.

"I can't wait. I really want to get tonight over with and have tomorrow come so we can see the game.

"It's my country and they're my boys."

Rositta is one of the lucky few Samoans who will be at the game - Apia Park is sold out but holds only 8,104 people, a number of whom have flown in to support the All Blacks.

The crowd will be one of the smallest Test crowds the All Blacks have played in front of since World War II, but those who have not been able to get tickets will not miss out - several big screens have been set up so they can watch.

The villages themselves are adorned with the colours and flags of both Samoa and New Zealand - as are many cars.

Whatever the result of the game, most Samoans believe it is almost irrelevant; The fact the All Blacks have come to their country to play their team is what they will remember.