Fonterra's first chief executive Craig Norgate, a man business colleagues described as a visionary, has died at the age of 50 in Britain. 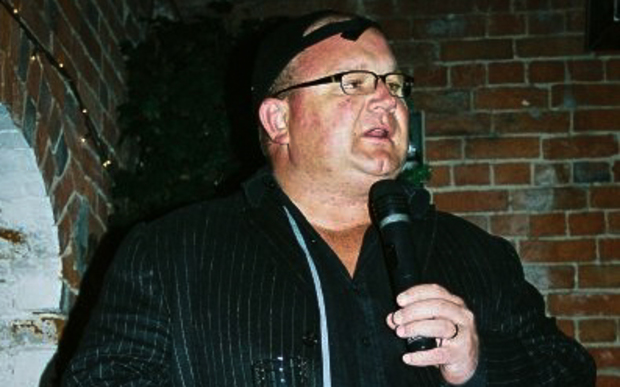 Craig Norgate at a Christmas party in 2007. Photo: SUPPLIED / Facebook

Craig Norgate had a spectacular rise in business, becoming head of New Zealand's biggest company at the age of 36.

He was reportedly New Zealand's first CEO on a $1 million salary.

Lee White is the CEO of that organisation and knew Mr Norgate well. He told Morning Report Mr Norgate was a down-to-earth man who described himself as "just a boy from the 'Naki."

Mr White said it was a great shock to hear of Mr Norgate's death.

"From all of us who knew Craig, well, it's come as a great shock because of his age and a shock partly because Craig prided himself on his fitness."

Mr White said the shock was more profound because he was not aware Mr Norgate was unwell.

He said he spoke to him about four weeks ago.

"He had finished in his role as the transformation director, had done an outstanding job in that role and was taking some well-earned rest at that time.

"He was planning the next phase of his career in the United Kingdom and very much looking forward to that challenge but also enjoying that part of the world."

Mr White said Mr Norgate had a number of options.

"He was still looking to do a full-time role but it would had to have been pretty special to have attracted his interest."

He said he had great passion and energy.

"Craig was energy, energy and energy. So he never really stopped and to work, and with someone like that it can be incredibly inspiring, but also at times quite draining. So, it was a wonderful experience. I feel quite privileged to have worked with Craig for the last three years, shoulder-to-shoulder, day-by-day, as we were creating Chartered Accountants Australia & New Zealand.

"He also had a wonderful sense of humour, so when things might have been a bit tough I always knew Craig was there with good spirits and good humour."

Born in Hawera, Mr Norgate was educated at the local high school and Massey University where he followed his father in becoming an accountant.

After 18 months with Maori Affairs, he was back in Hawera as acting chief financial officer for the Lowe Walker meat company.

He refused a transfer to Hastings and joined a dairy company, which became part of Kiwi Co-op Dairies, where his father was an executive.

Frank Norgate died in 1990, and his son succeeded him 18 months later.

When Kiwi merged with the New Zealand Dairy Group and the Dairy Board in 2001, Craig Norgate found himself chief executive of the new entity, Fonterra, with a salary package of $2 million.

But Norgate's first year and a half in office was not entirely happy as the company reported a maiden loss, payouts to farmers dropped and there was little sign of the promised $300 million a year in savings.

Farmers in many districts were angered by hitches in picking up their milk, and the chairman John Roadley resigned amid signs of friction among directors and executives from the different partners in the merger.

When the chief executive came up for reappointment in mid-2003, the job was advertised worldwide and Mr Norgate was passed over.

He left Fonterra and joined a group of Dunedin businessmen in bidding for a stake of the rural servicing firm Wrightson.

He became chairman of PGG Wrightson, and later head of the amalgamated trans-Tasman chartered accountants' organisation.

He's survived by his wife, two sons and a daughter.