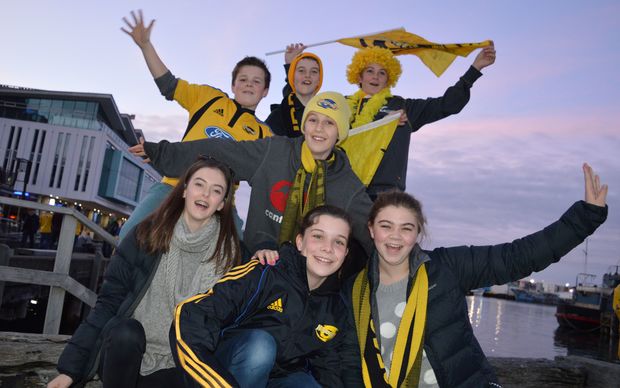 The Hurricanes are set to take on the Highlanders at a sold-out Westpac Stadium, where 36,000 spectators are expected.

More than 1000 people who missed getting tickets are expected to watch the game from the fan zone on Queens Wharf.

Bars started to fill up early, as fans fight for the best seat in front of screens. 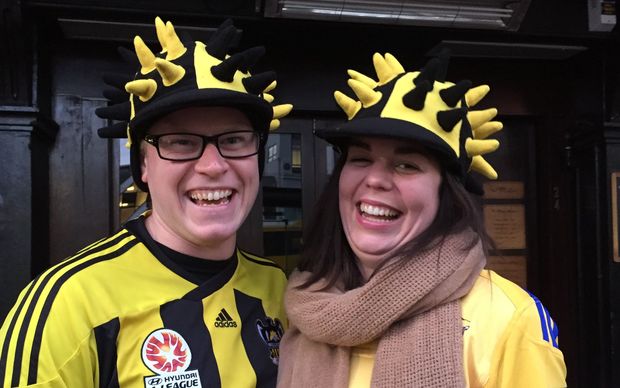 It's all smiles for these 'Canes fans. Photo: RNZ / Megan Whelan

Fans sporting black and yellow appear to dominate the Wellington streets this evening, but Highlanders fans can also be spotted cheering in the city.

Hurricanes fans Denis Harper and wife Gail were making their way to the stadium early, confident they will witness a victory for their team. 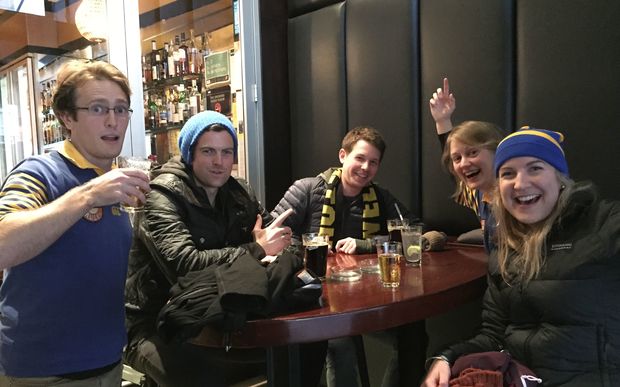 Mr Harper said he knew they'd make it to the final, as soon as they started the season. 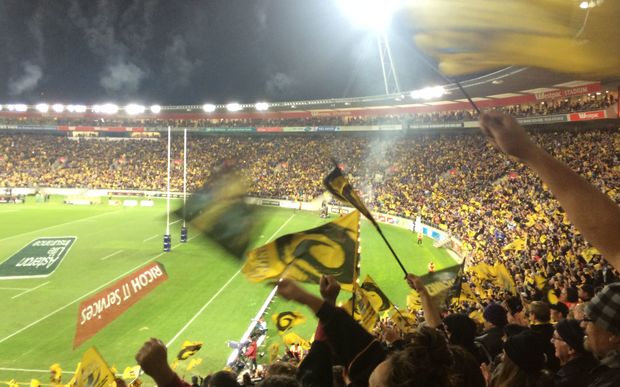 "They will put it off - they are going to win it," Mr Harper said. "They are just a good team and they all play for each other."

Cindy Lancaster agreed: "Conrad Smith and the boys are going to pull it off for Jerry," she said. "The Hurricanes are going to come out the winners, but I think it will be pretty close."

Ms Lancaster was too nervous to predict the score, fearing she may jinx it.

But Highlanders fan David Martin didn't hesitate to make a call, saying his team would win 27-24.

"It will come down to a drop goal," he said.

Mr Martin, who is in Wellington from Oamaru, said, "it was great to be here".

"We've spent a lot of money to get here, so they are going to do us proud," he said.

It's a fine evening in the capital, and it's expected to stay that way until the late hour.

The city council is putting on extra trains and buses to get people to and from the game.

Following the match, there will be extra trains on the Johnsonville, Kapiti and Hutt Valley lines, and more buses heading out to the suburbs.

Thorndon Quay and Featherston Street to Whitmore Street will close to traffic for 30 minutes after the game.

Radio New Zealand's reporter in Dunedin says there is almost a feeling of electricity in central Dunedin today.

Many bars have inflated blue and gold balloons, and the statue of Robbie Burns in the Octagon is wearing a Highlanders scarf.

At club rugby games around the city many vehicles were flying Highlanders flags.

The town hall is opened at 5.30pm as a family-friendly fanzone. 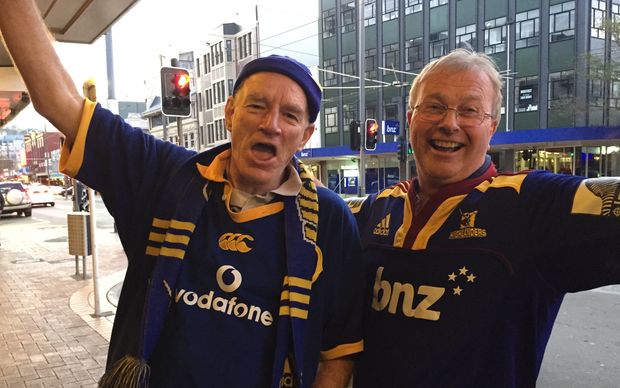 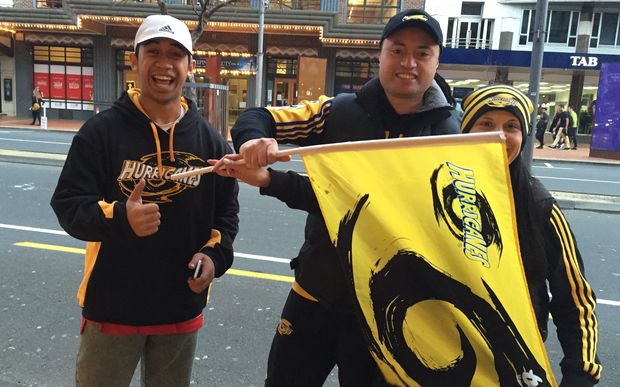 Fans making their way to the game in Wellington. Photo: RNZ / Megan Whelan 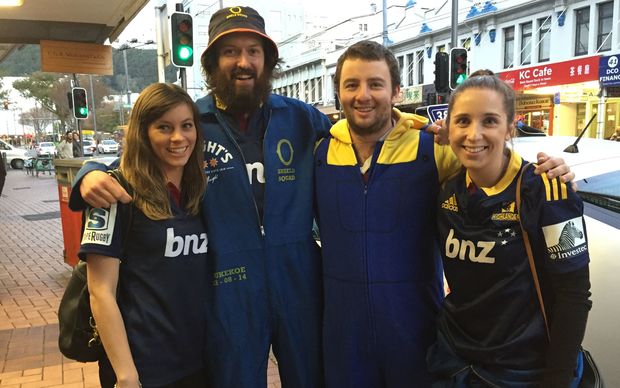 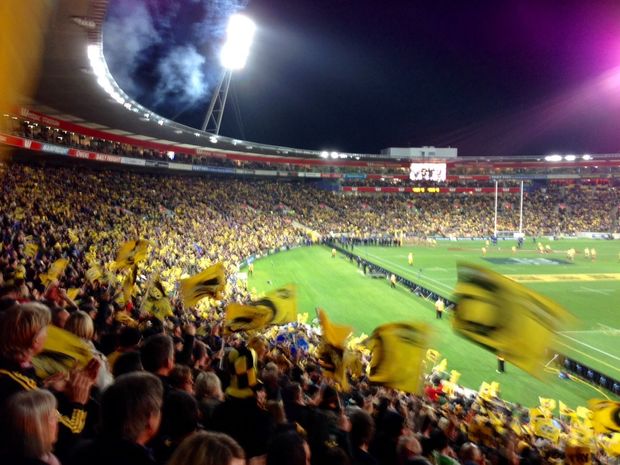