Members of the Greek community in New Zealand are worried for their friends, family and finances after banks in Greece closed amid an escalating debt crisis. 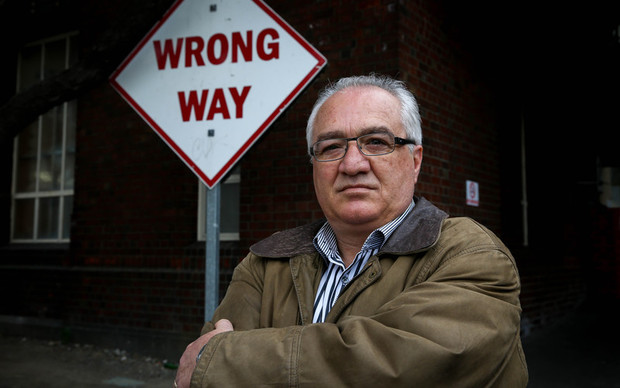 Talks between Greece and its creditors broke down last week, leading to banks having to shut this week.

They will stay closed until after a snap 5 July referendum on the country's bailout conditions.

The country is expected to default on €1.6 billion due to the International Monetary Fund on Tuesday.

The Greek government has tried to reassure its people their money is safe, but many remain concerned.

George Neonakis, a member of the Cretans Association, moved to New Zealand in 1980.

Mr Neonakis spoke to his friends and family in Greece on Sunday, and said the situation there was very grim.

"Two-and-a-half thousand years later democracy seems to be declining in the very place where democracy was actually born," he said.

"A lot of things have actually led to this and the whole of Europe needs to take a step back and look at what needs to be done - and actually go and do it."

Maria Muvroidi moved to Wellington a year ago from Greece to study, and said her family and friends at home were apprehensive.

She said if Greece exited the euro and had a new currency, her mortgage payments could double or triple during the conversion.

Mrs Muvroidi's husband Dimitri Mitsotkis, a senior maths lecturer at Victoria University, said the government-imposed €60 limit on ATM withdrawals would be a problem for his mother, who was travelling in Crete and would need more than that to get home.

He said limiting what people can spend is taking away their freedom.

"Freedom means that I can buy whatever I like or I can carry as much money as I want, like a form of freedom."

Some wealthier people had transferred their money into foreign bank accounts to protect it, he said, but this was not a realistic option for many people.

In the referendum on 5 July, a 'yes' vote would mean Greece keeping the euro and adopting austerity measures and a 'no' vote could lead to the end of both.

Ms Muvroidi said both options were bad ones, because most people wanted the euro but not the austerity measures.

"The referendum is like a trap, and the most important thing is that people, even now, don't know how to vote, because they dont have accurate information."