The Education Ministry is monitoring air quality at 15 schools with mouldy buildings because of fears for children's health. 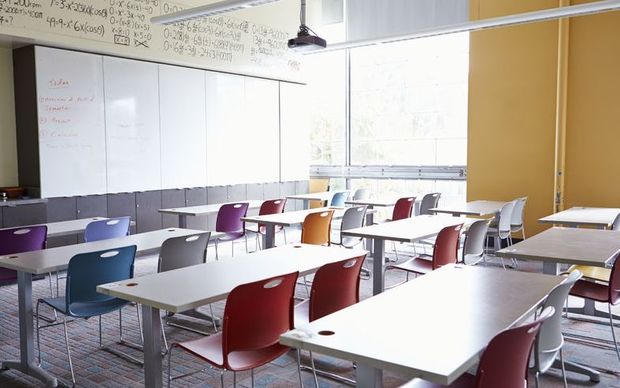 It said it had spent about $150,000 in the past 12 months on air testing at the schools, most of which were part of the ministry's $1 billion leaky building programme.

Head of education infrastructure service Kim Shannon said the health and safety of students and staff was always its highest priority.

"When a school alerts us to a potential health and safety issue involving mould, we step in immediately to assist them in carrying out air quality tests.

"If the tests show that an area is unsafe, that area is immediately isolated from students and staff until it is repaired."

The 15 schools included Clayton Park in Auckland, where Radio New Zealand reported children were moved out of classrooms when spore counts went too high.

But principals at other schools told Radio New Zealand they were no longer using their suspect buildings, or the testing had shown no health risks.

Tikorangi School in Taranaki principal Paul Johnson said the school's leaky library had been tested once.

"It wasn't bad thankfully. There was some sort of dusty air mites kind of thing but nothing that's going to affect children's welfare," he said.

"We'd made the decision not to use the library for some time anyway. Simply because it does drip and it's not a great way to protect your resource - thousands of dollars worth of books."

The principal of Waiopehu College in Levin Mark Robinson said the school's learning support centre was closed last year after mould was noticed and the air tested.

"They found heightened levels of one or two things that they would rather not have seen.

"So whilst that building was then cleaned thoroughly and rectified as it were to get those levels down, the building was evacuated for a short time.

"That was last year. All the testing since then has shown that those levels have dropped and there's nothing now to suggest that it's unsafe working in that building."

Even so, Mr Robinson said the building could not be repaired, and would be replaced.

The principal of Spotswood College in New Plymouth Mark Bowden said the school's leaky special needs unit had been tested several times and given the all clear.

He said that was a relief.

"Our students in the special needs unit are more vulnerable than most and so it's been good to have this ongoing monitoring to make sure that the environment is safe and healthy."

The ministry said it was paying for air monitoring at the 15 schools, but an unknown number might be paying for their own tests.