Beneficiaries fear they could be unfairly singled out if the government decides to start profiling to find out how likely parents are to abuse their children.

Ministry of Social Development commissioned research shows it can now take information held by it and other agencies to make fairly accurate predications. 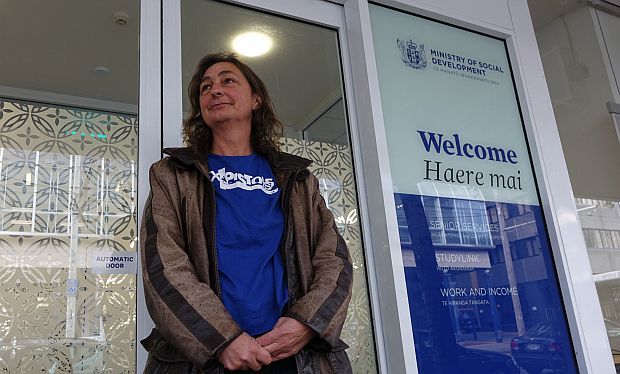 But beneficiaries says most of the data will be on them, because they hand over so much when they sign up for a benefit.

From outside the Work and Income offices in Wellington, beneficiary advocate Kay Brereton looked in through the window as clients filled in forms and handed over information about themselves in exchange for social services.

She is worried that beneficiaries will be even more stigmatised if profiling is used.

"There's the real potential that this tool can turn up a whole people who haven't done anything wrong, but have now got a whole lot more stress in their lives and a whole more to try and deal with when all they're trying to do is be good parents."

Some of the indicators used to profile for child abuse include whether a parent has been on the benefit for part of the child's life, have had children close together, or have themselves ever been in Child, Youth and Family care.

Richard Neemia, 25, and his partner have four children between them.

Mr Neemia and his partner have had a baby while he is on the benefit, he has young children close in age and started his family young.

According to the model some of these factors would put him at a higher risk of harming his children.

"For those people that do abuse it could be a good thing, but for the people that are getting accused of doing it and they're not like that, it think that's pretty unfair that the government has the right to do that when that's your personal information and that should be for you, and your case manager that you work with, and it should be for no one else."

Mr Neemia understands the intention is good, but said it was unfair to single out some parents.

Dorothy Adams is the general manager responsible for overseeing the research at the Ministry of Social Development.

She admits there is a risk of stigmatising beneficiaries but says it could be minimised if it's handled well.

The ministry is doing further research to decide whether or how profiling could be used and result will be released by the end of the year.

You can hear more on Insight on Sunday Morning.