The streets of Porirua were awash in blue as thousands turned out to remember former All Black Jerry Collins, who was killed in a car crash in France earlier this month.

Samoan and Canadian flags flapped above the heads of the 4000 strong crowd yesterday, as students of Corinna School met them with a haka for their fallen rugby hero.

The crowd moved through the streets of Porirua, retracing one of Collins' old running routes towards his home ground of Norths Rugby Club. 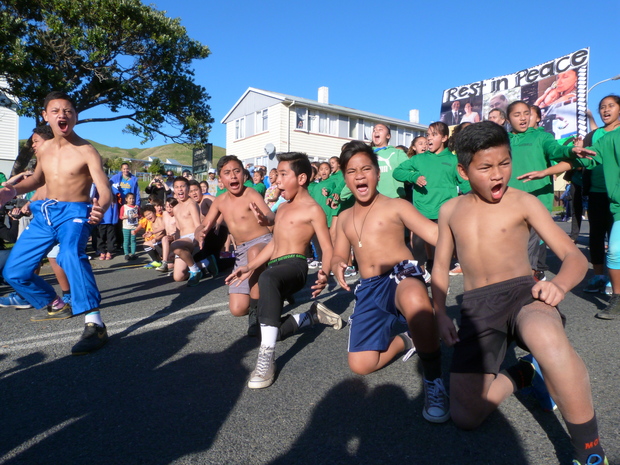 Proudly wearing the club's blue colours, friends, fans and family filled the 2000 seat stadium, with many forced to stand around the edge of the field.

They said he was a man who never forgot his roots.

"He was the main one from Porirua who decided to come and play for this club. A lot of guys left and went and played for town, but he's just a cult hero for this club really," one man said.

Others described him as 'legendary', 'unique' and 'a really good rugby player'.

"The man got people down to the club and started to grow the club. He was an icon of the club and the town," another added.

"He'd always come back and shake hands with everyone, shout everyone drinks or even bring food sometimes, so we have lost a son of Porirua," another man said.

One of the march organisers, Izzy Ford, said the huge turnout showed the impact Collins had on the community.

"It's a true testament to the person that he was and how he was so humble - you look around and see the people that have come.

"It's also a good indication of how much Porirua is grieving as well because everyone has come out to try and share that load," she said. 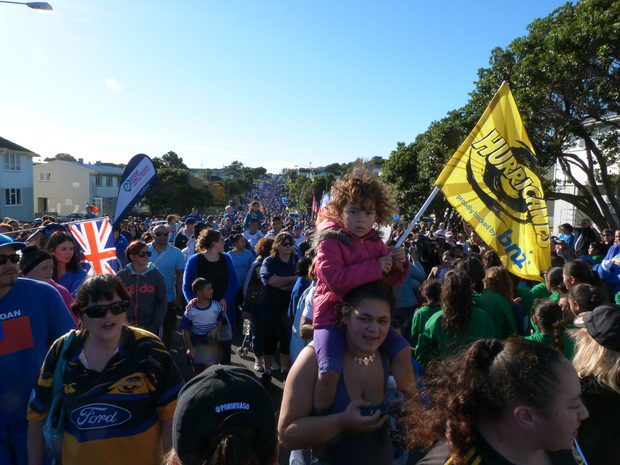 Fellow rugby player Ali Koko, who trained and played with Collins, said he would like to see a more lasting memorial to remember his teammate.

"He was just a person who would accept anybody for who they are, wasn't shy. Yes, I would like to see the park changed to the Jerry Collins Memorial Park. A great honour of a great man."

Porirua mayor Nick Legget has supported calls for a permanent memorial including renaming Porirua Park, but said no decision would be made until the family had been spoken to.

A public service for Jerry Collins will be held at Te Rauparaha Arena in Porirua at 10am on Wednesday. 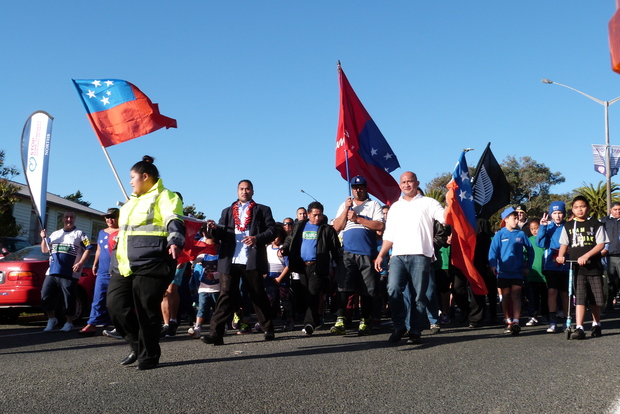