Imagine an ambulance crew carrying a spinal cord injury prevention drug that could be injected within minutes of a rugby player being injured. 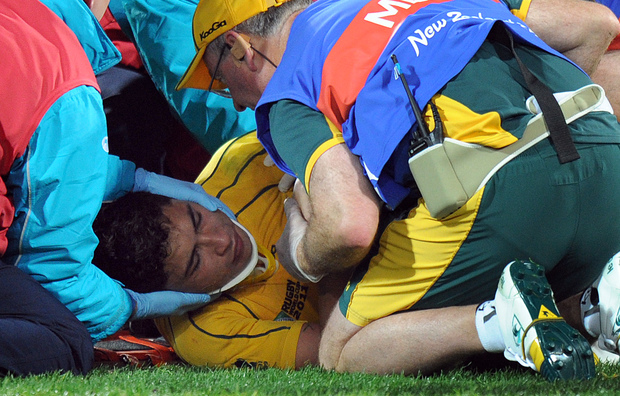 Wallabies player Anthony Faingaa is rolled onto a stretcher after receiving an accidental knee to the head during the 2011 Rugby World Cup. Photo: AFP

Pioneers in the field of neurological therapy want paramedics to be armed with a breakthrough drug to quickly stop the damage spreading. 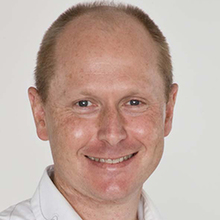 It's the latest stage in the development of a project which started in 2011 at the University of Auckland.

The potential to carry the drug in the back of ambulances follows trials on rodents. Those tests confirmed a dose of peptide medicine could be administered into people's veins, instead of straight to the spinal cord.

A researcher, Simon O'Carroll, said that meant the job of delivering the dose could be spread around the medical workforce, rather than limited to specialists.

"The most recent development is that we've been able to show that we can deliver the drug systemically, so we can deliver it to the bloodstream. Previously we were delivering it to the cord.

"So now we know that we can deliver it into the bloodstream and still see the same effects. So that's the latest development and that's quite exciting."

Dr O'Carroll said the earlier patients were given an injection, the better.

"We like to think that it can be available in the ambulance, so when someone has an injury, when the ambulance arrives this drug can be delivered almost immediately," he said.

"It would be in a syringe, so it would be no different than delivering any other kind of drug that was delivered that way."

The next step would be to carry out clinical trials on people who have just been taken to hospital with a spinal injury, to see how they respond to the drug.

Dr O'Carroll said it would be difficult to get people to take part in trials when they've just been injured and they're experiencing intense trauma.

'I agree. It's sort of one of those situations where there's so much going on for the patient and the family that it might be difficult to get people to be involved".

But he agrees one of the best things he could offer patients was hope when they're suffering from a life-changing event.

How the drug works