An opponent of the Trans-Pacific Partnership (TPP) says the latest post on Wikileaks about negotiations relating to the agreement show Pharmac is under threat. 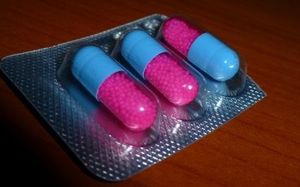 The Annex on Transparency and Procedural Fairness for Pharmaceutical Products and Medical Devices was posted on Wikileaks last night.

Pharmac is the Crown agency that decides, on behalf of District Health Boards, which medicines and related products are subsidised for use in the community and public hospitals.

Concerns that the country's drug buying agency could be affected by the trade negotiations have been raised a number of times over the past few years.

She said the Annex set out principles and procedures which drug-buying agencies like Pharmac must operate within.

Professor Kelsey said it was designed to give the pharmaceutical industry more influence over an agency's decisions and break down the procedures and budgetary cap that makes Pharmac so effective.

She said the single-buyer model was successful and drove down costs, and the motivation behind the Annex was to reduce Pharmac's attractiveness as a precedent for other countries.

"An Australian report suggested using a similar model there could have saved A$1.6 billion a year."

Professor Kelsey said it was not surprising that Pharmac had long been in the sights of the US pharmaceutical industry, and that "New Zealanders' health and our taxpayer dollars are being held ransom in a much bigger game".

Auckland pathologist and member of the group Doctors for Healthy Trade Joshua Freeman said international pharmaceutical companies would be able to tie Pharmac up in legal battles if it made a decision they did not like.

"Don't expect the pharmaceutical company to follow gentlemen's rules, in other words they will leverage all of these new powers in a systematic fashion."