A union says staff cuts at Fairfax New Zealand could affect the quality of journalism it produces.

A huge shake-up is under way at New Zealand's biggest publisher of news, with dozens of journalists' jobs at stake. 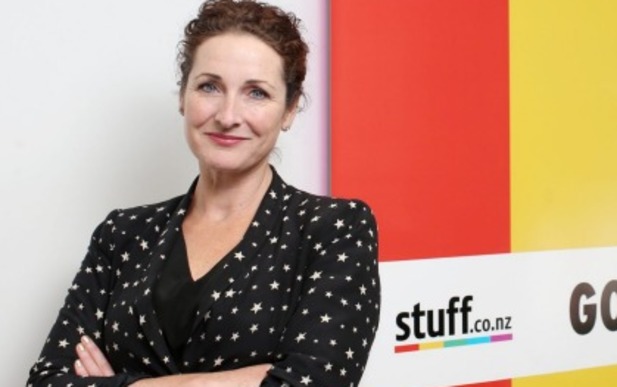 Fairfax Media owns the Waikato Times, The Dominion Post, The Press, The Sunday Star Times, and many other newspapers - and the website stuff.co.nz.

In a proposal presented to staff, more than 180 editorial positions will be disestablished, including many roles in digital news production.

Dozens of new roles will also be created in what the company calls "a transformational programme . . . referred to as 'Modern Newsroom'."

Effectively, many existing staff will have to re-apply for their existing jobs - or newly created ones.

Paul Tolich from the Engineering, Printing and Manufacturing Union said 185 jobs may be axed but around 160 new positions were expected to be created.

He said the change would mainly affect those in sub-editing and editorial management positions, which means journalists will be expected to take more oversight of their own work.

"I think there's a major issue about the pressure that reporters will be under to actually get the job completed and I think a real concerns is around that isn't legal issues."

"The proposal is not about reducing headcount. We are boosting our reporting capability in small and large communities, and by streamlining our print-focused production processes, increasing the ratio of content creators from just over half to almost two thirds."

A current Fairfax media staff member said people were in shock at the scale of the proposal.

One former staff member called it "possibly the biggest upheaval the company has ever experienced".

The union representing workers at Fairfax said they were also shocked at news the company was planning to axe jobs as part of a major restructure.

Affected staff have until 10 June to respond. The documents say changes will be in place by 3 August if the proposal goes ahead.

The proposed changes appear to accommodate a similar number of news reporters around the country.

However, the jobs of sub-editors producing pages at the subsidiary Fairfax Editorial Services will go.

Change across the Tasman

There have been several restructures and rounds of redundancy at Fairfax Media in recent years, as the parent company has also cut costs in Australia in response to falling profits.

Fairfax Media has cut jobs at regional and rural papers in April, including 80 redundancies of full time staff in Victoria.

This prompted protests from journalists and political criticism

There have also been recent reports of cuts to come at its major Australian papers like the Sydney Morning Herald and the Age in Melbourne. But Fairfax Media in Australia said while there was no proposal for job cuts at those papers "we will always continue to look for efficiencies across the entire business."

Fairfax's shake up here is another step in a 'digital-first' strategy the company unveiled in March called 'News Rewired'.

Fairfax said the aim was a "new digital-centric editorial and production practices to deliver quality content to audiences, when and how they want it".

That means news will be gathered and published with the stuff.co.nz website in mind.

The traditional model of individual newspapers with their own editors and staff is being consigned to history.

Editors of local newspapers have been replaced with regional editors, responsible for supplying news to a national 'pool' for publication online, as well as in local papers. New editors were also appointed to specialist areas such as Life & Style, Business, National News and Sport.

In March, Fairfax Media executive editor Sinead Boucher told Mediawatch 'News Rewired' was not about keeping costs down to keep Fairfax media afloat across the Tasman.

"News rewired is not about cost-cutting. Every news organisation today is working under cost and budget constraints but that is not what this is about".

"We need digital-first, socially driven newsrooms that are structured to produce quality journalism for different audiences and across platform".

But while Fairfax Media's management is convinced 'digital first' is the only way to go to give the audience what they expect and demand today and in future, most of the income they depend upon now is still generated by their newspapers.