An outdoor pursuits organisation will launch an investigation into how a teenager got lost on Mt Taranaki and spent the night in freezing conditions in the bush. 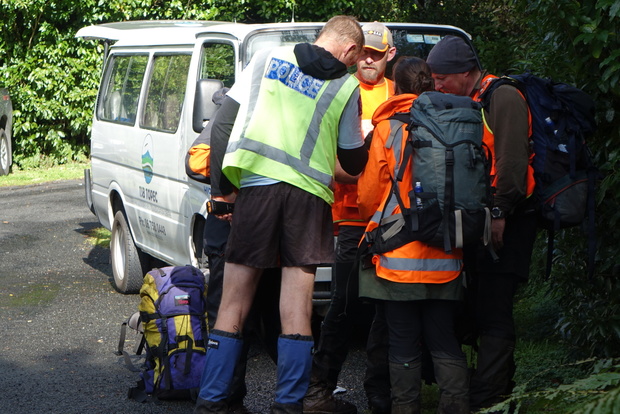 Searchers at the scene this morning. Photo: RNZ / Robin Martin

The Taranaki Outdoors Pursuit and Education Centre was supervising 10 Hawera High School students in a navigation exercise yesterday when 14-year-old Phillip Pierson disappeared at about noon.

The teenager was found unharmed just after 11am today by a Department of Conservation worker.

TOPEC director Steve Ralph said they will cooperate with the relevant authorities to clarify how the teenager got lost.

In 2013, Topec was fined $269,500 after two students and an instructor died after falling into stormy seas during a climbing exercise on New Plymouth's Paritutu Rock in 2012.

Police have praised the survival instincts of the Hawera teenager after he spent a freezing night in the bush.

"He's done well, the fact that he's used the equipment that he's had available to him to keep himself warm and dry overnight and then he's followed that stream-bed down this morning, has meant that it's been easy to locate him."

Conditions in the park were cold and wet overnight and temperatures at the North Egmont Visitor Centre, above the search area, were forecast to fall to -2 degrees.

Safe but cold and hungry

Department of Conservation worker Emma Neal who was in the area checking stoat traps, saw him crossing a river. 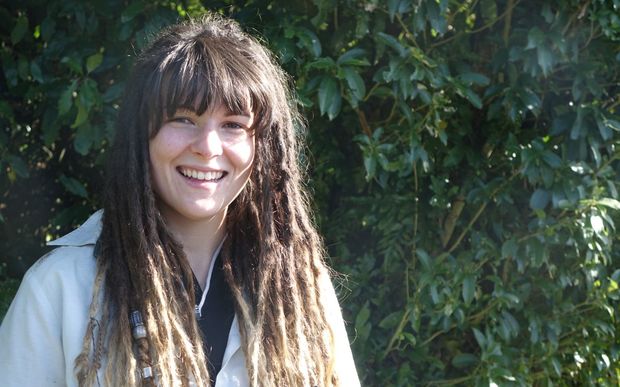 "He was a bit confused - he just shouted out 'what day is it?' And he said 'I've been missing since yesterday' ... I think he was just a bit flustered and happy all at the same time."

She put a blanket round him and they walked the one kilometre to North Egmont Road.

"He seems fine, a bit shaken from being out all night but he seemed to be okay and wasn't hurt - just a bit confused, cold and hungry."

The search began yesterday afternoon with search parties on foot, the Taranaki Community Rescue Helicopter and an RNZAF helicopter.

Mike Parker from the Taranaki Rescue Helicopter Trust told Morning Report the teenager had had gone missing in very dense bush and search conditions were difficult.

The search resumed first thing this morning with a police helicopter using infra-red technology, and a police search and rescue (SAR) team on foot.