A former Auckland principal has been sentenced to 16 months jail for possessing 77,000 child abuse images including of rape and torture. 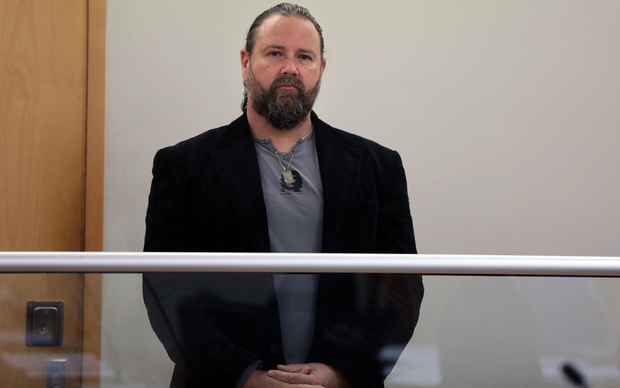 David John Latimer, who was principal at Rangeview Intermediate in Te Atatu South, was sentenced at Auckland District Court.

Judge Nicola Mathers said the summary of facts made for appalling reading and the images were at the worst end of the scale.

Some were of children as young as two, but the most common age range appeared to be between nine and 13, the court heard. The images included bestiality and sexual acts between children and adults.

Judge Mathers said Latimer had added disturbing captions to many of the images.

Judge Mathers said the offending was made worse because it occurred while Latimer was in a position of trust as a school principal.

Latimer's lawyer Simon Lance said his client had an addiction and an obsessive compulsive nature that included hoarding.

He said the 48-year-old was very remorseful and had been getting help through a rehabilitation service.

Mr Lance had asked for home detention, but Judge Mathers told the court she had to denounce the abhorrent offending and make sure Latimer was held accountable.

The judge said even though his wife was standing by him and had put measures in place on the home computer, she would be worried about him having online access.

Department of Internal Affairs' Manager of Community Safety Steve O'Brien said Latimer wrote captions on the images about the school and teaching profession, and what he wanted to do to the child shown.

He said he had used school equipment to gather the images for years.

But Mr O'Brien said there was no indication that any of the objectionable images were of children at the school.

He said the National Centre of Missing Exploited Children in the US detected Latimer's online activity, which led to his arrest.

"They saw that the source of information was being hosted in New Zealand and sent it through to the Department of Internal Affairs for their action."

The Teachers' Council has started its disciplinary process against David Latimer.

A spokesperson for the Teachers' Council said it did not begin its conduct process until after criminal proceedings had finished.

She said Latimer signed a voluntary agreement not to teach which was done when the council felt children might be at risk.

That remains in place.

Latimer's lawyer, Simon Lance, said his career was over and could never be salvaged.

The Stop Demand Foundation, which campaigns against sexual violence and the sexual exploitation and denigration of women and children, said Latimer was a predator.

"The fact that this is a man who has had the care and welfare of children very much at the forefront of his professional life, that's a major concern," she said.

She said most of the victims in the material Latimer had appeared to be of an age similar to the hundreds who were in his care at school.

Stop Demand said the jail sentence was a welcome relief following what it said was a spate of cases where judges have given "offensively weak" sentences.

"Some people might say there's no hands on offending, but we would challenge that.

"In order for him to be participating in market demand that's fuelling this material being produced in the first place, offenders like him are responsible for the creation of such images," Ms Ritchie said.