The public has heard only four words from convicted double murderer Scott Watson since he was first suspected of the crime, his lawyer says. 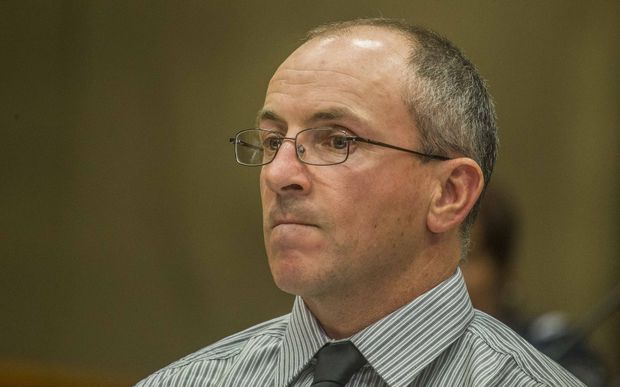 Scott Watson at the High Court in Christchurch. Photo: POOL

Watson, 43, is serving a minimum non-parole period of 17 years after being convicted in 1999 of the murders of Ben Smart and Olivia Hope.

He is challenging in court a decision by the Department of Corrections to ban him from giving an interview to a reporter from North and South magazine.

Watson was present in the High Court at Christchurch today, the first time he has been seen in public since 2001.

His lawyer, Kerry Cook, said Watson had only ever uttered four words publicly since being charged with the murders - "not guilty" when he was arraigned and "you're wrong" when the jury announced its verdict.

"He now wishes to talk."

However, the Department of Corrections chief executive had "unreasonably" stopped New Zealanders from having the chance to listen to what Watson had to say, Mr Cook said.

One reason the application was turned down was a concern that the interview could harm the victims of the crime.

But that concern should not outweigh other fundamental rights such as Watson's freedom of expression and the public's right to know about possible cases of miscarriage of justice, Mr Cook said.

The court needed to take into account several factors, including societal interest in the case, balancing the interests of all parties and protection of fundamental rights.

The nub of the issue was whether Corrections' decision was a disproportionate response, he said. 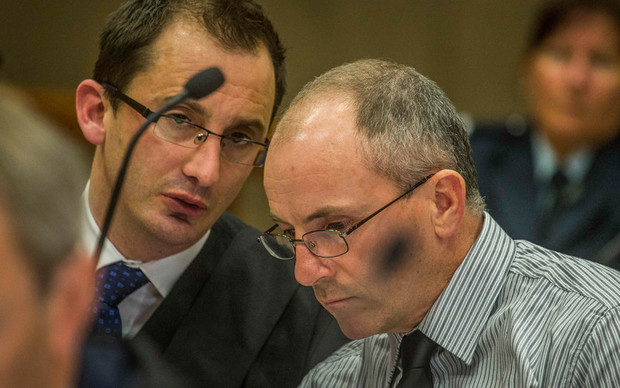 But Crown lawyer Paul Rishworth said the cost to Watson's victims should not be underestimated when weighing up the decision to refuse to allow him to speak to a reporter.

Mr Cook had said the cost to the victims was minor but Mr Rishworth said when weighing up the costs and benefits of allowing the interview, victims' rights must be remembered.

"It would be all too easy to go with the words 'freedom of expression' and 'miscarriages of justice', and not to vest those same words 'victims' rights' - that's of detailed analysis that I say needs to be brought into the equation."

Mr Rishworth said a proper process was followed when the Corrections Department turned down the application, so the decision must be allowed to stand.

The chief executive of the department had looked at all the mandatory points.

"No going beyond power, no fettering discretion. The case has been very fairly and scrupulously narrowed down to what is the key issue."

The decision should therefore be allowed to stand, Mr Rishworth said.

Watson's father says his son is not just focussed on proclaiming his innocence to a reporter but on his upcoming parole hearing.

Chris Watson, who attended today's hearing in Christchurch with his daughter, told Checkpoint the interview is important to Watson, as he's hopeful that Gerald Hope in particular will believe his story.

"He'll say that he didn't have anything to do with it. He didn't see the missing pair. He went to the party, he came away from the party, he did what he would normally do and two weeks later he became a suspect in the case for some reason."