The organisation responsible for delivering relationship services to some of the country's most vulnerable people is rejecting Government accusations it is badly run. 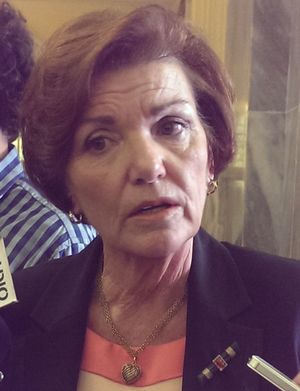 Relationships Aotearoa, New Zealand's largest provider of counselling services, says its funding has been cut by $4.8 million since 2012 and the situation is increasingly dire with no assurance of more government funding.

However, a leaked official document has detailed how the former board of the cash-strapped counselling agency went beyond its mandate.

The document, signed by members of Relationship Aotearoa, detailed how the board kept members in the dark about the extent of the issues facing the agency.

It said the board acted outside its mandate, and met without formal minutes and excluded the Chief Executive.

"After further investigation by the members it has been apparent that the Board has acted outside the bounds of the RA constitution . They have met without adhering to good governance practice."

"Our primary concern is for the safety of RA's clients. Should RA be forced to close, a clinically sound transition for clients is required. It is clear from communications sent by the Board to members in the past three days that this is not a key consideration for the Board. For this reason we have lost confidence in the Board."

An interim board met with the Government on Tuesday morning to discuss the situation which affected about 7,000 clients.

He said he was concerned that the organisation was being put in such a difficult position.

He said it was important that the Government as a signal to the whole non-governmental sector managed itself well and he did not think that had happened in this case.

She said for years, the agency had not been doing what the Government had been paying it to do.

Mrs Tolley said the Government was prepared to work with Relationships Aotearoa if it came up with a workable plan.

She said that the Ministry of Justice changed its domestic violence service contracts in 2012 which resulted in Relationships Aotearoa losing millions of dollars.

Mrs Tolley said such government department contract changes happened regularly, and although it was difficult for organisations, they had to learn to adjust and live within their budgets.

She said the taxpayer would not underwrite the organisation's deficits.

"If they can come up with a plan that shows that they can live within their budget, that they don't need underwriting, that they can deliver on their contracts, then of course we're happy, it's much better for us to be working with a national organisation."

The head of the organisation responsible for delivering relationship services said she was gobsmacked by the comments made about her organisation.

Its acting chair, Jane Allison said it had made savings and expected to break even this year but a government requirement to train staff changed that.

Dr Allison says they understood they were asked to align because of changes coming up after the Budget.

She said that following meetings with officials today, it appeared that a deal had been done to shut down the service, but that those discussions breached the organisation's rules.

She said the organisation had put a proposal on the table today for the agency to continue.

A drop in funding

Mrs Tolley said the agency had been struggling financially for years and had not been fulfilling its contracts.

But Relationships Aotearoa is rejecting the accusation it has been badly run.

Its principal strategic advisor Cary Hayward said a government decision to send couples to mediation, rather than counselling through the Family Court, resulted in a $3 million drop in funding.

In addition, changes to domestic violence programmes, which Relationships Aotearoa was expected to pay to set up, cost $300,000 - money that was not budgeted for.

He rejected Mrs Tolley's suggestions that the organisation was badly run and failing to meet its service contracts.

"We're now situated with services with staff that are ready to go and services that are completely focused on meeting government's stated priorities."

Relationships Aotearoa spokesman John Hamilton said since 2012 its funding from government agency contracts had fallen by $4.8 million - a fall of about 37 percent from $13.1m to a forecast $8.2m.

"There's been no grants or injections to the bottom line ... there's been no CPI increase for MSD services for seven years but there has been increasingly complex demands in reporting requirements."

Mr Hamilton said the situation was increasingly dire and more than 120 staff and 60 contractors would potentially lose their jobs if went goes under.

He said the organisation expected to get an assurance of extra funding and it would leave many vulnerable people in the lurch if government did not come to the party.

Mr Hamilton said in the past any shortfalls had been paid for out of the organisation's reserves, but it was now running short on reserves.

He said that the organisation had made significant changes in the past two years but the government also needed to make changes.

Meanwhile, a former teacher said Relationships Aotearoa helped some of her students out of potentially life-threatening mental states, and the group needed to remain in place.

Beverly Shepherd said she used to teach 10 and 11-year-olds in Christchurch - and Relationships Aotearoa offered students a much needed counselling service.

"We were so grateful to have that service come to our school, they were absolutely fully booked out with students right across our school actually, and so it's such a useful service, I can't endorse it highly enough."

She said their visits were fully booked out by students who had nowhere else to take their worries.

A general psychiatrist at Canterbury DHB, Alma Rae, said counselling services would be overwhelmed with demand if Relationships Aotearoa is forced to close.

She said her hospital only treats the sickest three percent of mentally ill people, and the rest have to go to community services.

People are commonly referred to Relationships Aotearoa and if the organisation closed, other groups will have to pick up the slack, she said.

"Clearly these people are very useful, and I have no idea why you would want to bring them to their knees.

Ms Rae said she had no idea what would replace Relationships Aotearoa.