A New Zealander who could face the death penalty in China goes on trial today. 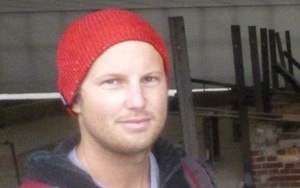 Peter Gardner, 25, is accused of trying to smuggle 30 kilograms of methamphetamine out of Guangzhou in November last year.

He was arrested with his Australian girlfriend Kalynda Davis, 22, who was freed after two weeks in custody.

Journalist Michael Sainsbury has been following the case and said it had been been fast-tracked as the city cracked down on drug offences.

He said 99 percent of cases in the Chinese justice system result in convictions, and although Mr Gardner would have 10 days to appeal, these were not usually successful in China either.

Chinese law states anyone caught with 50 grams or more of heroin or methamphetamine is liable for capital punishment.

Mr Gardner has both New Zealand and Australian citizenship but the ABC reports New Zealand diplomats in China have been giving him consular assistance, indicating he entered the country with his New Zealand passport.

The Ministry of Foreign Affairs said consular staff were providing advice and checking on his well-being.