MetService has issued a severe weather watch for Nelson, Marlborough and the Bay of Plenty as wild weather moves up the country. 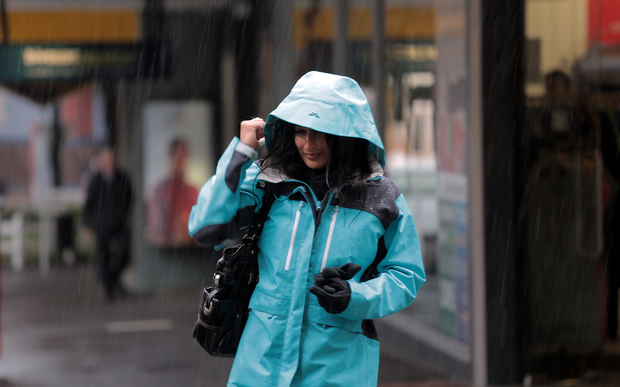 Parts of the South Island have already been battered by heavy rain and strong norwesterly gales and are expected to move north overnight.

A heavy rain warning is already in place for much of New Zealand, from Fiordland, parts of Canterbury and Otago, to the central North Island high country.

But MetService says heavy rain is also likely to batter Nelson tonight and into tomorrow morning.

Meanwhile, Marlborough could experience severe northwest gales along with Wellington and the Wairarapa.

Gales are expected to reach 130km and head northeast towards the lower North Island and eastern Bay of Plenty overnight.

Heavy rain is also forecast for the Bay of Plenty tomorrow and on Friday.

The torrential rain that has been battering the West Coast is easing.

The heavy rain caused flooding and slips but Civil Defence said no properties had been damaged.

Regional manager Chris Raine said the weather appeared to be calming tonight and showers were expected in the coming days.

Mr Raine said emergency services had been monitoring the rising Waiho River for fear its stop banks would fail, but the river level is starting to drop.

A slip earlier closed State Highway Six in Westland, and the Transport Agency said surface flooding and slips meant drivers still needed to be cautious from Ross to Haast.

Transport Agency spokesperson Peter Conors said that while the Waiho River was a concern, everything else was under control.

He said no communities were at risk at the moment.

The agency also warned motorists to take care on State Highway 73, in the Arthurs Pass area, because of high winds.

Canterbury Regional Council warned water levels would rise rapidly in rivers across the region from the Rakaia to the Waiau.

The rain was expected to continue on the West Coast and in the Southern Alps until the weekend.

People with machinery or stock in flood-prone areas are advised to relocate before nightfall.

Concern for tramper as weather closes in

Meanwhile, police are worried about a tramper missing in the Haast Pass as heavy rain raises river levels.

Police and search and rescue teams from Wanaka were searching for an unidentified male last seen in the Fantail Falls area at the base of the Brewster Track.

Police said he was trying to find a bridge to cross the river west of Fantail Falls about 8am today.

A ground search of the area between midday and nightfall was unsuccessful.