A Dutch tourist knew earthquakes were a possibility before he came to New Zealand but never expected to experience such a large shake.

Jorrik Branten, 25, was in the kitchen at a backpackers' hostel in Wanaka when the shallow magnitude 5.8 quake hit at 2.29pm yesterday and said people did not understand what was happening the first few seconds. 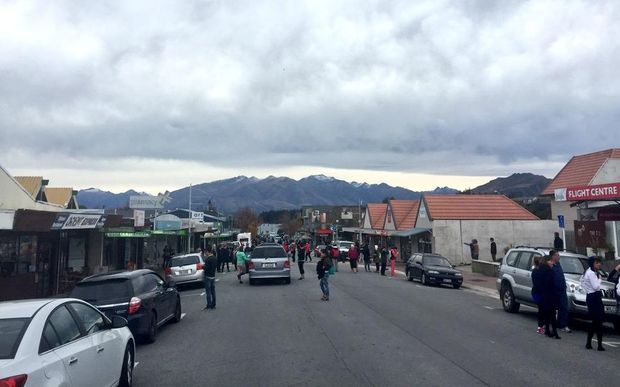 People come out onto the street during the quake. Photo: Twitter

"It was pretty intense," he said. "Coming from Europe, we never get anything like this."

He said the quake made it into the news in the Netherlands and he sent text messages to his family and friends to let them know that he was okay.

Engineering inspections of public buildings will continue in the Queenstown Lakes District region following the quake, which was centred 30 kilometres northwest of Wanaka and was at a depth of just 5km.

New Zealand musician Anna van Rie, said the tremor was the second-largest she had ever felt and caused the windows of her Lake Hawea home to rattle.

She was about to change her 11-month-old son's nappy when the quake hit, so she grabbed her baby and yelled at her four-year-old daughter to get outside.

"It was epic," she said. The quake was terrifying but surprisingly did not cause any damage to her home and her daughter even described it as ''cool''.

Ms van Riel said it was the strongest she had experienced since she was a child in Invercargill when a large quake hit in the late 1990s. 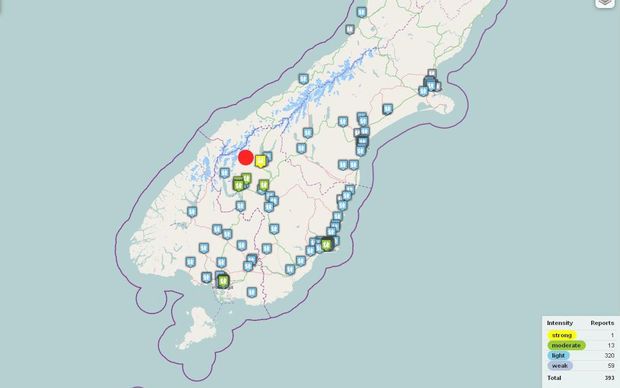 Mount Aspiring Road was closed overnight at Glen Finnon bluff because of the risk of rockfall, while the Arrowtown Athenaeum Hall was also closed as a precaution and will today undergo an engineer's inspection.

Queenstown Lakes District Council chief executive Adam Feeley said contractors would carry out an aerial inspection of Mount Aspiring Road and hoped there would be an update of the road's condition this morning.

Visual assessments of critical infrastructure including water and wastewater systems yesterday did not identify any damage or interruption to supply, he said.

The council's emergency operations centre was stood down yesterday evening following the quake, which was felt strongly in Lake Hawea, Wanaka and Haast and also felt across most of the South Island.

The Department of Conservation said inspections of tracks and huts near the epicentre of the earthquake showed no significant damage.

The department said aerial inspections of huts in the West Matukituki Valley yesterday spotted no significant damage but field staff are going in on foot today to do ground checks and make sure the tracks in the valley are safe.

The department said it had fewer field staff at this time of year, and it was asking trampers to report any damage to the nearest field office.