Immigration New Zealand has breached privacy laws by refusing to release information to immigrants, according to the Office of the Privacy Commissioner.

But the immigration agency has rejected the commission's recommendation to release the information.

Immigration New Zealand says under the Immigration Amendment Bill (No 2), passed by Parliament last nigh the Privacy Act would not be applicable to some of its workload. The legislation will apply retrospectively.

A test case is being brought to the Human Rights Review Tribunal by 40 immigrants who fear decisions in their cases may have been based on flawed information they cannot check. 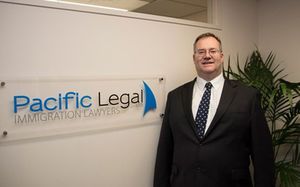 Their lawyer Richard Small said the Government was trying to change the law retrospectively so that it could keep secret the reasons for rejecting overstayers who were trying to clarify their situation.

He said it meant immigrants were making appeals to tribunals about their cases without knowing the information the tribunal had been given.

And he said it meant lawyers were not able to check basic facts that the immigration officers had used to make decisions.

But the chief legal advisor at the Ministry of Business, Innovation and Employment - of which Immigration New Zealand is a part - said it was of the view the information was appropriately withheld in accordance with the Immigration Act.

Ann Brennan said it had noted the Privacy Commissioner's findings and that the commissioner had not referred the matter to the Human Rights Review Tribunal.

"Accordingly, people unlawfully in New Zealand do not have the same rights to reasons as people who are here lawfully and complying with their legal obligations."

Ann Brennan said the legislation clarified the law in relation to the Privacy Act and 'absolute discretion' decisions.

She said Privacy Principle 6 would not apply to the reasons for any 'absolute discretion' decision made before or after the legislation coming into force.