Panadeine, Nurofen Plus and other medicines containing codeine should be banned from over-the-counter sales, New Zealand and Australian pain control specialists say.

They say painkillers containing codeine are ineffective, highly addictive and harmful and should only be supplied with a doctor's prescription. 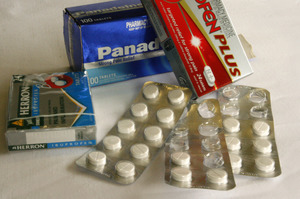 The Faculty of Pain Medicine of the Australian and New Zealand College of Anaesthetists (ANZCA) wants the Therapeutic Goods Administration (TGA) to reclassify the products as prescription-only. The cut-off date for submissions to the TGA on the proposal is 7 May.

Faculty board member Professor Stephan Schug told AAP a low amount of codeine, a weak opiate, is commonly added to paracetamol or ibuprofen.

But many addicts took numerous tablets a day, well over the recommended dose, resulting in liver, renal and kidney failures, gastrointestinal harm, internal bleeding and even death.

"My last patient told me that after work he goes to four pharmacies and gets 20 lots of tablets," said Prof Schug who is director of pain medicine at Royal Perth Hospital.

"Not having them listed as prescription-only is more or less failing to protect the Australian community from these harmful side-effects, particularly as their analgesic benefit is very limited.

"You are actually exposing these patients to the risk of liver toxicity with paracetamol due to overdose, and to stomach ulcers and renal failure with ibuprofen combinations.

"We work in intensive care and see the catastrophic consequences of these drugs."

Prof Schug said people would still be able to buy effective over-the-counter painkillers which do not contain codeine. Paracetamol or ibuprofen by themselves wouldn't be affected by the ban.

And he said research had shown that a new product, a combination of the two, was better than the codeine-combination and did not have the risks of addiction.